Bitcoin (BTC -0.50%) may be down almost 65% for the year, but that’s not stopping some high-profile names in the finance and crypto world from putting out some incredibly bullish future price targets. For example, billionaire venture capitalist Tim Draper recently put out a $250,000 price target for Bitcoin. And he thinks it’s getting there by June 2023.

Of course, Draper has been wrong before with his Bitcoin predictions. Back in 2018, he famously predicted that Bitcoin would hit $250,000 by the end of 2022. Instead of acknowledging that Bitcoin might need a few more years to reach such an aggressive target, he’s simply pushing back his price prediction by six months. So what in the world does he think is going to happen that is going to turbocharge a 1,470% rally in Bitcoin in the span of just six months?

As Draper suggests, a continued “flight to quality” in the crypto market will push investors toward Bitcoin, which remains the most popular, most highly capitalized crypto in the marketplace. After all the market meltdowns and crypto contagion in 2022, both retail and institutional investors want to put their money in trusted names.

Moreover, as Draper points out, Bitcoin is likely to become a more popular form of online payment going forward. Instead of hoarding Bitcoin, people will be spending it. According to Draper, Bitcoin will eventually become the preferred option when people do all of their online shopping. And, suggests Draper, Bitcoin will become so ubiquitous at some point that people will eventually use Bitcoin for all their food, clothing, and shelter costs.

Finally, Draper theorizes that changing demographic trends in who uses Bitcoin will also lead to massive new adoption for crypto. Draper specifically points out that women, who have historically lagged men in crypto adoption rates, will eventually embrace Bitcoin in much greater numbers. This, too, could put upward pressure on the price of Bitcoin. 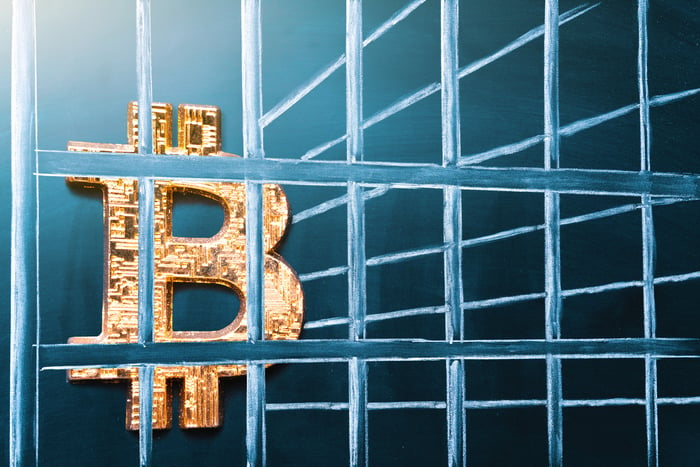 While there are parts of this thesis that make sense, it also seems like a recycled investment thesis from 2018 (which it is). Back then, there was no worldwide pandemic, so it made sense to talk about Bitcoin as the future of online payments. But we’ve seen what has happened from 2019 to 2022: there has been a massive spike in online spending, but no accompanying spike in Bitcoin payment usage. If Bitcoin were going to become a ubiquitous form of online payment, this would have been the moment.

Moreover, even the argument that a massive new demographic surge is somehow going to boost Bitcoin to stratospheric heights seems a bit overstated. By some estimates, nearly 145 million Americans now own crypto or have invested in crypto in the past. So, crypto has far outstripped its original core audience of tech early adopters and now includes a much broader slice of American society. Yes, there is still an untapped opportunity globally, but I’m not as bullish as Draper on the untapped opportunity within the U.S. market.

A completely off-the-charts price prediction of $250,000 just doesn’t pass the smell test. Long-term, sure, Bitcoin might hit $250,000. It might even hit $1 million. But in six months? Let’s think back to 2018 when Draper originally made his $250,000 price prediction. Back then, Bitcoin was trading at $8,000 and Draper gave the crypto four years to hit the $250,000 target. Now, Bitcoin is trading at roughly twice its earlier price, and Draper has shortened the time window to just six months? And what’s more bizarre is that he’s expecting Bitcoin to rally more than 1,470% during the depths of a crypto winter.

Finally, keep in mind that Draper has some real skin in the game when it comes to Bitcoin. According to published reports, Draper currently owns 30,000 Bitcoins now worth more than $500 million at today’s prices. Assuming he is a rational economic actor, Draper has a very real interest in talking up the price of Bitcoin to stratospheric levels. The higher Bitcoin goes, the more his wealth increases.

Do I buy Bitcoin now?

The growing consensus in the crypto world is that Bitcoin is close to reaching a bottom if it hasn’t done so already. Yes, there are people still predicting that Bitcoin might fall to $10,000 in 2023, but many of the Bitcoin price estimates coming out for 2023 are calling for Bitcoin to rise. For example, California-based crypto hedge fund Pantera Capital is predicting that Bitcoin will begin to rally in 2023 before hitting $36,000 in 2024. A near doubling in price in two years seems like a much more reasonable target to me than a stratospheric spike in just six months.

I’m in the camp of the Bitcoin bulls, and I think Bitcoin remains a fantastic…

Reinforce your crypto portfolio with these Tokens: Cardano, Stellar and Big Eyes

Year of the Rabbit could signal a Bitcoin bull run

Gala (GALA) and Decentraland (MANA) Are Starting To Lose Value…