Next treasury chief Smotrich: ‘Following the Torah will lead to financial


Bezalel Smotrich, the presumed finance minister in the next government, has suggested that the laws of the Torah will dictate Israel’s economic approach once he enters office.

In an interview with the Haredi weekly magazine Mishpacha published Thursday, the far-right lawmaker was asked what he plans on doing differently from his predecessor, the secularist Avigdor Liberman.

“They’ve tried many different economic systems, right? They tried capitalism, neo-socialism, but there’s one thing they didn’t try — an economic approach called ‘So if you faithfully obey,’” Smotrich said.

He was citing the biblical verse in Deuteronomy 11:14, which reads: “So if you faithfully obey the commands I am giving you today — to love the Lord your God and to serve him with all your heart and with all your soul —  then I will send rain on your land in its season, both autumn and spring rains, so that you may gather in your grain, new wine and olive oil.”

“If we follow the Torah,” Smotrich continued, “we’ll be rewarded with financial abundance and a great blessing. That will be my economic approach.”

He said that as finance minister he would examine “the macro and the micro, go into data and use the most professional language there is,” but stressed that above all else, “we’re religious Jews.” 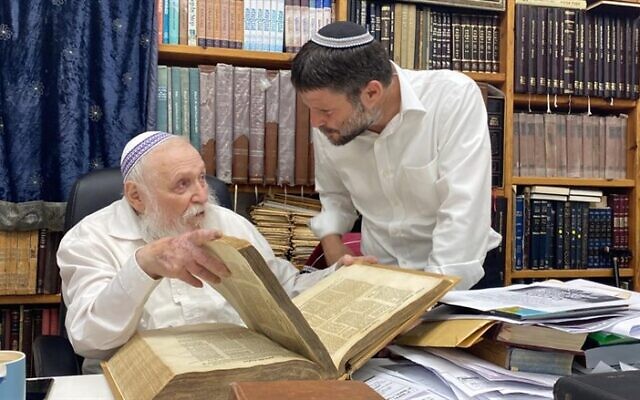 “You can’t wear a kippa, go to synagogue and then behave as if you’re secular,” he declared.

“If we believe in God, then we believe. We believe that Israel needs to promote more Torah and Judaism, and more of the commandment to settle the land, and more acts of lovingkindness and more solidarity.

“And then God will reward us with great abundance,” he said.

Smotrich said this rationale was what prompted him to demand, during coalition negotiations earlier this month, an increase in stipends the state grants to yeshiva students.

Addressing the issue of the integration of Haredim in the job market, Smotrich said the Haredi public is “interested in integrating… but wants to do so while maintaining its way of life, its beliefs, and the government should allow that.” 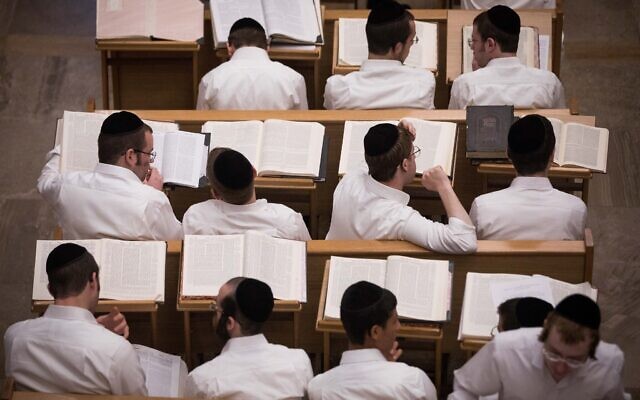 In its agreement with Shas, reached overnight Wednesday-Thursday, Netanyahu’s Likud party agreed that the party’s chairman Aryeh Deri would become minister of both interior and health. After roughly two years, Deri will instead replace Smotrich as finance minister. The Shas chairman will also be named deputy prime minister.

The coalition is expected to pass a special law enabling Deri’s appointment as a minister despite his having been recently handed a suspended prison sentence for tax fraud.

I joined The Times of Israel after many years covering US and Israeli politics for Hebrew news outlets.

I believe responsible coverage of Israeli politicians means presenting a 360 degree view of their words and deeds – not only conveying what occurs, but also what that means in the broader context of Israeli society and the region.

That’s hard to do because you can rarely take politicians at face value – you must go the extra mile to present full context and try to overcome your own biases.

I’m proud of our work that tells the story of Israeli politics straight and comprehensively. I believe Israel is stronger and more democratic when professional journalists do that tough job well.

Your support for our work by joining The Times of Israel Community helps ensure we can continue to do so.

Already a member? Sign in to stop seeing this

We’re really pleased that you’ve read X Times of Israel articles in the past month.

Read More: Next treasury chief Smotrich: ‘Following the Torah will lead to financial

How the Oldest Digital Currency Could Solve the Climate Crisis

Why Tesla Stock Is Popping Off Today

Chevron to Buy Back $75 Billion in Stock After Record Profit

Layoffs in Corporate America spread from tech to conglomerates

Cramer says these 6 ‘positives’ could lift stocks in earnings…

Analysts love these stocks that churn out loads of cash

New retirement withdrawal rule is a boon for wealthy seniors