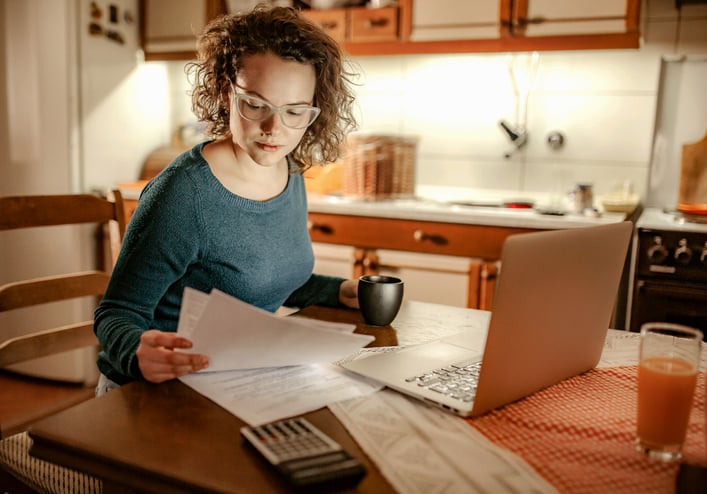 Often, the best way out is through.

Getting out of debt isn’t an easy thing to do — trust me, I’ve been there. And while managing my debt and then paying it off earlier this year made me better with money, it’s kind of a drastic means of improving one’s personal finance knowledge. If you’re looking at your finances and cringing over how much you owe, you might be wondering what the best way to pay off debt actually is.

In a very real sense, the best way to do a hard thing is in whatever way you’ll stick with. After all, it does you no good to pick a debt payoff method, try it for a few days or weeks, then get sidetracked and give up.

There are a few different ways to pay off debt, and one of the terms you’ll hear thrown around a lot is “debt snowball.” The first thing you’ve got to decide is how to prioritize your repayment if you owe money to multiple creditors.

In the debt snowball method, you send extra money to your smallest debt first, while making at least minimum payments to your other debts (because you definitely do not want to fall behind on those payments). Then, when that smallest debt is paid off, you roll that extra money over to your next smallest debt, and so on. Finally, you’re down to just one debt left, your largest, and you’re sending all of your debt payoff money to it. It starts off like a tiny snowball rolling downhill, but by the time you’re on your last debt, it’s a much larger snowball. This isn’t the only way to pay off debt, of course.

Another much-lauded debt payoff method is the “debt avalanche.” You’re still looking at your debts and prioritizing your payoff order, but this time you’re looking at interest rates you’re being charged, rather than amounts, and spending more on the debt with the highest interest rate first, then finishing with the lowest interest rate debt. So with this method, you’ll likely pay less interest while getting rid of your debt.

Another debt payoff method you can consider is debt consolidation. In this method, you open a balance transfer credit card or get a loan (such as a personal loan or home equity loan, if you own a home), use it to pay off your existing debts, then pay off the credit card or loan, so you’ll only have one payment to manage. This method can also save you money on interest, but it’s important to have a plan to avoid future debt going forward, otherwise you’ll wind up with the same debt problem again — but possibly now also with a loan or big credit card balance to pay off in addition to any new debt you incur.

You might also choose to work with a nonprofit credit counseling agency that offers debt relief. The agency will help you manage your debt payoff and negotiate with your creditors to lower your interest rates and waive some of the fees you may have incurred. You might have to swear off using credit during the payoff period (often three to five years) and have your credit monitored. This is certainly preferable to the most drastic means of getting rid of debt (that should be your last resort, as it has major consequences for your credit): declaring bankruptcy.

Why snowball your debt?

A lot of financial gurus are vocal supporters of the debt snowball method, and having lived it myself this year, I’m in agreement. Once you get this type of debt payoff rolling, it’s very satisfying to watch your debt bills disappear one by one. I had a few pretty small 0% APR balances that I started with, so while I lost out on some money to interest payments on my other debts by not prioritizing those first (a la debt avalanche), I got some early wins in the process, giving me motivation to continue. Then every month, I got to make fewer and fewer payments on different accounts, ending with payments on just one account. And by then, my “snowball” was huge, and I finished my debt payoff months earlier than I originally anticipated.

Another bonus of the debt snowball? You get to be fully up close and personal with your debt. If you’re the kind of person who learns by doing, it will teach you how to really dig into your finances and see how to avoid trouble in the future. As I…

Read More: Why the Debt Snowball Method Works — Even Though It Costs You More Money

FPIs pump in over ₹36,200 cr in equities in Nov, continue as net buyers in Dec

Tax Return vs. Tax Refund: What are they and what is the…