Israeli pension funds held at least NIS 57.6 billion in fossil fuel company stocks and corporate bonds during the second quarter of this year, according to an analysis of the leading financial institutions investing the public’s money by the not-for-profit Clean Money Forum.

The $17 billion in holdings of companies that profit from oil, gas, coal and other polluting energy sources, is down from NIS 64.5 billion ($20 billion) held during Q1, and a tick above the NIS 57.5 billion ($18.4 billion according to exchange rates at the time) recorded for the last quarter of 2021.

The Clean Money Forum, a coalition of 28 environmental and social justice organizations, seeks to encourage financial institutions to divest from fossil fuels and provide information for investors looking for green funds. It ranks the country’s 10 largest financial institutions with publicly available information according to their investments in fossil fuel companies in Israel and overseas.

The Altschuler Shaham investment house, which pledged in July 2021 to stop all new investments in corporations involved “mainly in fossil fuel exploration or production” by its provident and pension funds, was ranked as the cleanest company for the second quarter of this year.

According to the publicly available data, 9.86% of its stock and corporate bond investments were in fossil fuel companies.

Meitav Dash followed Altschuler Shaham in the ranking with a 10.42% exposure to fossil fuel investments, with Yellin Lapidot at 11.24% in third position, up from the 10th position in the last quarter of 2021.

Migdal was singled out in the report for backtracking on previous pledges to lower its rate of investments in fossil fuels. 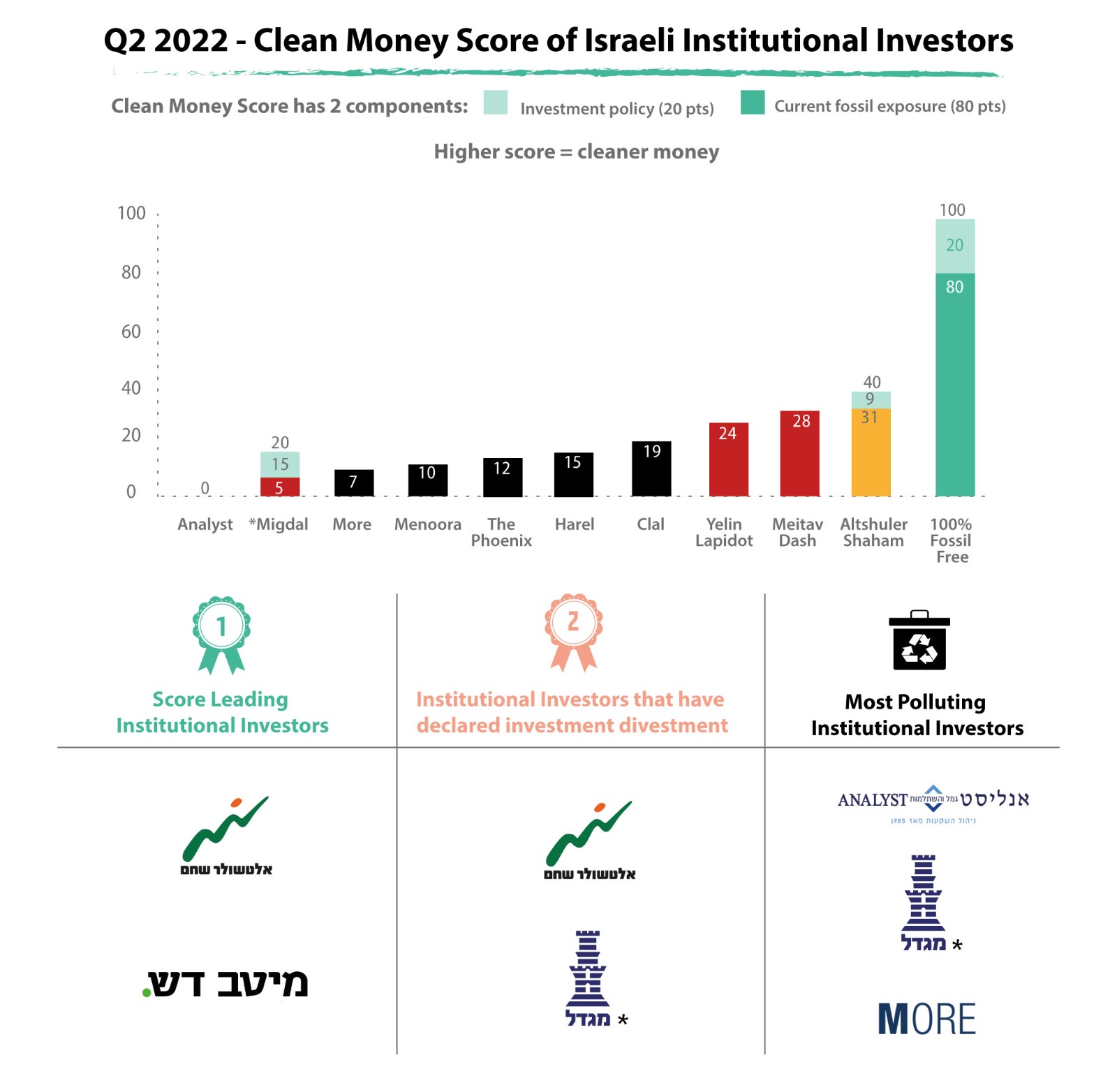 The Analyst Group took tenth place, with 16.04% of its investments in fossil fuels.

The Clean Money Forum looks at investment policies and analyzes the actual investments in corporate bonds and shares that the country’s pension, savings and insurance institutions are obliged to publish. It lacks access to other transactions by such institutions, such as loans, which the companies do not have to reveal. Banks are excluded from the ranking as they are not obliged to publish pension data.

It bases its classification of investments on the Tel Aviv Stock Exchange’s Fossil Free Index, which it helped launch two years ago, as well as a worldwide roster maintained by As You Sow, based on data from ratings giant Morningstar.

The forum’s rankings are based on a system that takes into account both holdings and investment policy.

Those placed at the top of the list have the lowest investments in coal, oil and gas.

The forum provides each institution with its own fossil exposure report before issuing the rankings, to allow them to respond.

Migdal, which pledged at the end of 2020 not to make any new investments in fossil fuel production and to reduce its fossil fuel exposure by 10 percent annually until reaching carbon net zero by the end of the decade, slipped from third at the end of last year to seventh in Q1 of this year and to ninth in the latest ranking.

The company actually cut its dirty investments by 12% in 2021, but doubled back this year and invested even more. 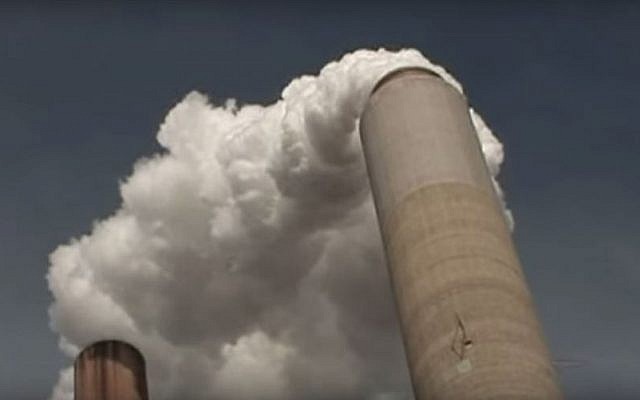 Migdal said in a statement that its portfolio reflected more money held in fossil fuel companies due to rising energy prices.

“The year 2022 has been characterized by unusual macro changes, which were reflected in a drastic global increase in energy prices that led to an increase in inflation,” it said. “Due to an increase of approximately 50% in energy prices, compared to the market indices which decreased by approximately 20%, there was a change in the percentage of investments in fossil fuels in Migdal Insurance’s investment portfolio.”

Without mentioning fossil fuels, the statement also said the company would meet its goals for 2022 “regarding the reduction in the scope of investments that do not meet the ESG (Environment, Social and Governance) criteria, in accordance with company policy.” But it stressed that ESG criteria were only part of a raft of considerations aimed at the key goal…

UK companies prepare for battle with investors over executive pay

Gold rates climb to 5-week high. Should you buy in this rally?