Will There be a Year End Rally?


We hope that everyone had a wonderful Thanksgiving Holiday!

It was a short, low volume week for the markets. Ten trading days have passed since the S&P 500’s wild +5% outlier day.  Surprisingly, the markets have traded sideways through last Friday.  It would have been typical to see more outliers following the biggest up day since March of 2020. As a result, volatility has been declining, bringing back some feelings of normality among investors.  This could be considered to be a consolidation, or a digestion, of the advance. On the other hand, is this the quiet before a storm? Bear markets will do whatever it takes to confuse the masses. Time will tell which is the case.

Markets from a Technical (supply and demand) Perspective 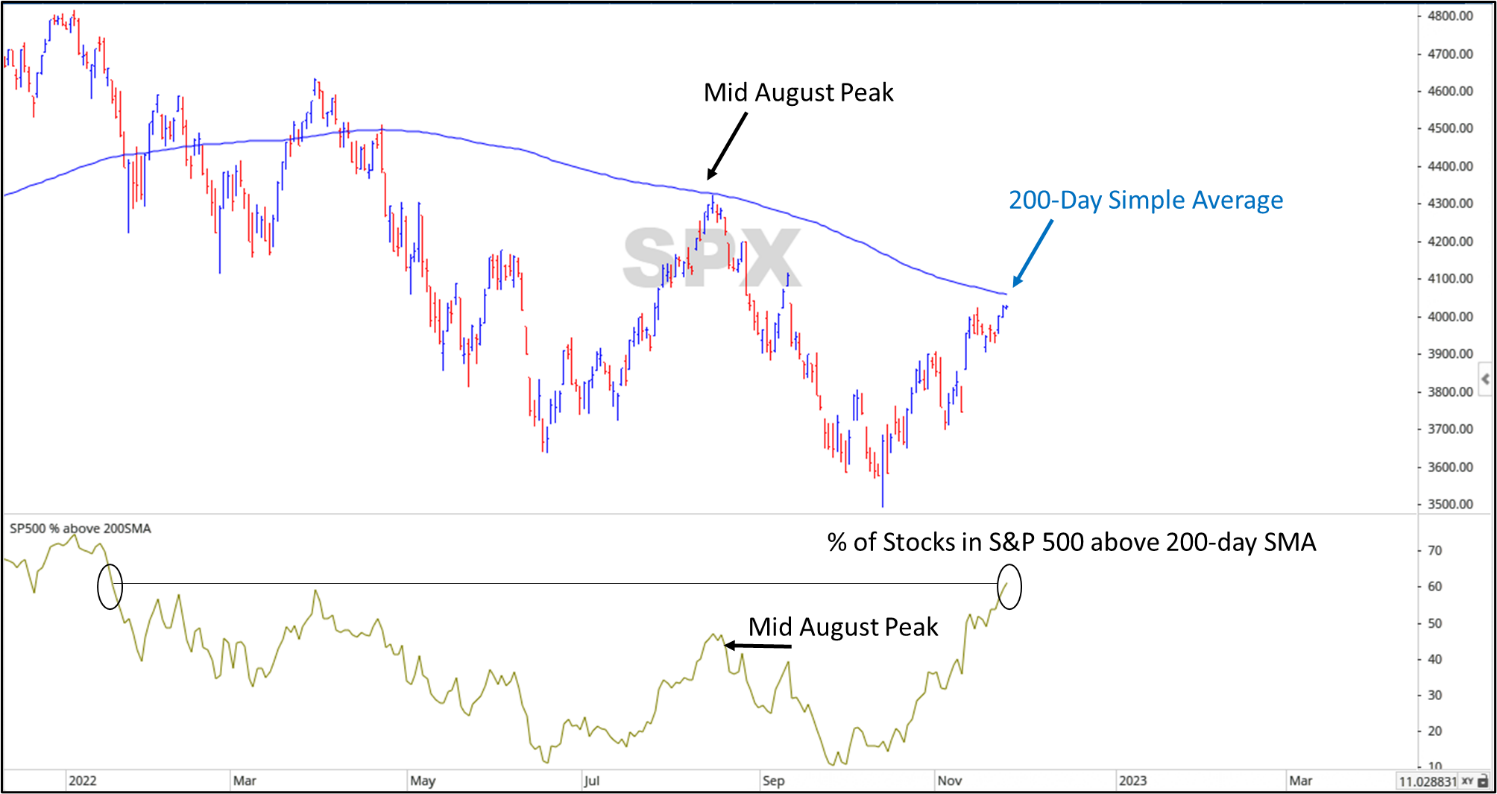 As a word of caution, leading sectors such as Industrials, Financials, Consumer Staples, and Basic Materials have all seen parabolic run-ups (larger-than-normal advances) over the last several weeks. Each is nearing its own individual points of price resistance. Pay close attention to whether, or not, these sectors can break above these important price points. If they do break higher, then it will be important to see if they can successfully stay above those price levels. In other words, the former points of resistance should be the new support levels.  Support would need to hold to confirm a change in the trend, from bearish to bullish.

Markets from a Fundamental Perspective

It is the holiday season. The time between Thanksgiving and the end of the year has been historically good for stocks.  Since 1950, the market has gone up, over this period, about 71% of the time, with the S&P 500 averaging +2% between Thanksgiving to New Year’s Day.  Holiday shopping often creates optimism amongst investors.  But leading economists are indicating caution on holiday expectations.

Our good friend and expert Economist, Bob Barone, titled his weekly column in Forbes, “Despite Black Friday/Cyber Monday- Holiday Sales Will Likely Disappoint.”  In his article, he cited a few reasons why we may expect to see weaker holiday sales but concluded:

“While we might see an initial surge in retail sales as companies try to unload unwanted inventories at bargain prices, the rest of the four weeks leading up to Christmas don’t look so hot. Comments accompanying the retail sector’s Q3 earnings reports have been downbeat with the ‘consumer is trading-down’ comment nearly universal.”

Additionally, Bob goes on to note that employment issues have broken out in the tech sector, housing prices are on the decline as interest rates have risen, and “new home sales” are down -29% annually, even following a good October report.

Read More: Will There be a Year End Rally?

Notable ETFs Pulling in Cash, Outside The Big 3

Actively managed ETFs attracted over $13B in December

What’s In Store for Oil Services ETFs in Q4 Earnings…