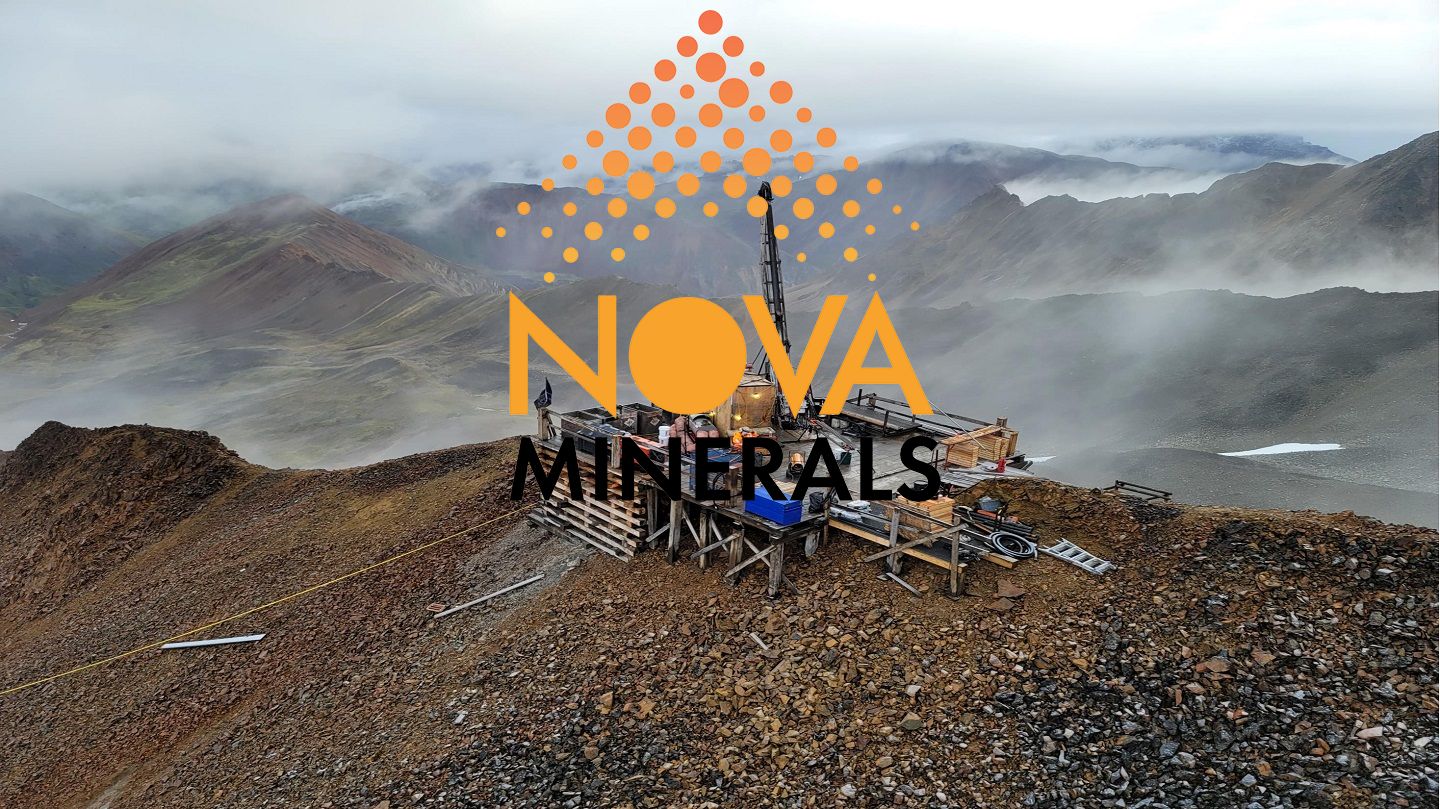 OTCMKTS:NVAAF) is pleased to report on very strong indicators of continuous high-grade mineralization observed over large widths and depths from the initial holes drilled at the RPM Deposit (Figure 2*) as the Company progresses the development of its flagship Estelle Gold Project in Alaska.

– Drilling has now commenced to test the RPM South zone, which exhibits the same geological characteristics and a larger surface sample anomaly footprint than RPM North.

– Infill and Step-out drilling continues off the RPM Pad 1 to prove up and expand the existing 1.5Mozs @ 2.0g/t Inferred resource at the RPM North Deposit.

– Step-out drilling has now commenced at the RPM Pad 2 to expand the existing resource along strike to the west by several hundred meters.

Follow up drilling to the west continues following the most western hole being the RPM-005 132m @ 10.1g/t Au intercept (ASX Announcement: 11 September 2021) and the genetic link between RPM-007.

– Continuous flow of drill results from the ongoing Korbel and RPM programs to be reported throughout the year, as assay results become available

Nova CEO, Mr Christopher Gerteisen commented: “The RPM deposit continues to deliver, with a similar style of strong gold mineralization now being observed in the core from the new holes RPM007 and RPM-008, drilled up and down dip respectively of RPM-005 wherein last year we intersected 132m @ 10.1g/t Au. We are very encouraged by initial geological observations and are now anticipating positive assay results to be returned which will show the potential for down dip continuity of the mineralization which starts at surface to a depth of over 300m. Early indications from these first infill holes certainly support our main objective this year of proving up the existing 1.5Mozs @ 2.0g/t Inferred resource to Indicated status. We are also now drilling at Pad 2 to step out from the existing resource area which is aimed at expanding the resource along strike to the west of the existing resource centered around RPM-005. Anomalous magnetics which is picking up the gold associated minerals in the ground show a potential strike length at RPM North of 1.4km. We can’t cover it all this year, but the current drill programs intend to test some of that near resource strike potential with plenty of further upside remaining moving forward.

Drilling has also commenced at RPM South on Pad 6 which has the potential to open up a new gold zone of similar size and tenor to RPM North. All of this bodes well for proving up and expanding the resource at RPM which will be included in our Phase 2 Scoping Study to be completed later this year. For the time being, drilling continues full steam ahead at RPM with 3 rigs currently operating.

In addition, reconnaissance exploration is now underway across the wider Estelle Gold Trend. In line with our high-grade discoveries at Train and Stoney last year, we expect to report further significant discoveries this year as well.”

This release covers these geological observations in the current drilling as well as the remaining drilling results from the current program, and which are considered material information to Nova shareholders. All assay results remain pending.

Resource drilling at RPM is currently underway with 2 rigs at RPM North and one rig at RPM South.

Drillholes RPM-007 and RPM-008 were completed to infill and test the dip continuity around hole RPM-005 with encouraging geological results. Broad zones of strong mineralization genetically linked to RPM-005 were observed in the drill core from both RPM-007 and RPM-008 confirming continuity of the mineralized zone down dip to a depth of over 300m that was tested and remains open at depth (Figure 3*). Along with the typical veining and mineralogy associated with high grade gold at RPM (Figures 4 – 11*), visible gold was also observed in drill core from RPM-008 (Figure 12*).

Infill and extensional drilling is ongoing on Pad 1 (RPM_P1) with 2 holes completed to date (RPM007 and 008). Extensional drilling has also commenced with a 2nd rig on Pad 2. Drilling has also now commenced with a 3rd rig on Pad 6 targeting for the first time a promising new gold zone at RPM South identified as a large high grade rock chip surface anomaly with similar…

Kano gold souk to become operational in 2023 – minister | The…

Barclays Adjusts Price Target on Barrick Gold to $23 From $25,…

The ante-post market is out of control – three things we…

Why it pays to listen to B2B customers