If You’ve Got $5,000, Buying These 5 Top Stocks Right Now Would Be a Genius Move


With the market dipping into bear market territory (down 20% or more from its high), there’s a lot of fear around. This uncertainty stems from the federal interest rate hikes, inflation, and a potential recession — all of which are causing investors to pull out of the market in droves.

However, this is a mistake. Bear markets aren’t uncommon; they occur once every three and a half years. Also, stocks tend to have some of their strongest performing days during recovery periods. Because of this, wise investors should be looking for great values to pick up during a market panic.

I’ve got a list of five great buys that are due for a strong recovery when the bear market eventually ends. Investing $5,000 across these top-tier stocks, all of which are trading at comparatively low valuations, could be genius moves that you’re sure to thank yourself for later.

Alphabet (GOOG 5.20%) is the parent company of Google and YouTube, among others. It primarily generates revenue through advertisements across its platforms; however, advertisement spending tends to drop during recessions. As a result of this thinking, the stock has been sold off to an all-time low valuation. 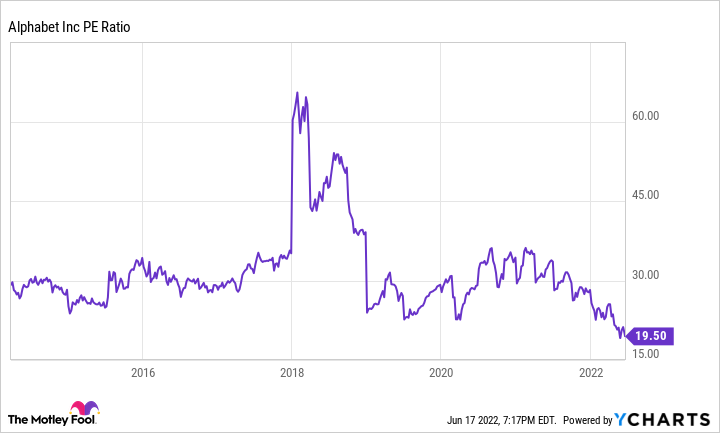 While Alphabet may see short-term headwinds, the long-term dominance of this business is undeniable. It’s a free-cash-flow printing machine, generating $15 billion in the first quarter alone. With nearly $134 billion in cash on its balance sheet, Alphabet is built to weather any recession the economy throws at it.

Another hidden benefit here lies in Alphabet’s $70 billion stock buyback plan. This program will reduce the number of shares outstanding, which will make each share more valuable when the stock rises from its rock-bottom prices.

Nvidia (NVDA 5.55%) makes graphics process units (GPUs) that can be utilized for various tasks. Its biggest recent driver has been its data center division, which surpassed its gaming segment for the first time this quarter. In Q1 (ended May 1) of the 2023 fiscal year, Nvidia’s data center division grew 83% year over year (YOY) to $3.75 billion, whereas gaming increased 31% YOY to $3.62 billion.

With more businesses and consumer technologies moving to the cloud, Nvidia’s data center will only continue to increase. In its recent conference call, analysts asked whether management was worried about its data center growth in regard the economic headwinds, to which CEO and founder Jensen Huang replied, “Our data center demand is strong and remains strong.”

GPUs have become integrated with nearly every graphics or computing-related scenario, and Nvidia benefits significantly from that. With the stock trading for 44 times earnings, it’s a solid value for a company that has consistently grown its revenue quarter after quarter and that was trading at a P/E ratio of over 100 late last year.

People were stuck inside their homes for two years and couldn’t (or didn’t want to) travel. Now people are traveling again, and companies like Airbnb (ABNB 8.14%) stand to benefit. In its Q1 results, revenue rose 70% YOY and is now up 80% over 2019’s pre-pandemic numbers. This quarter was a record-setting one for Airbnb, and the future looks just as bright.

Airbnb recently revamped its platform and now has many more options than the standard “choose a location and date” search function that travel websites have used for years. Now, customers can book multiple stays in one trip, investigate unique travel experiences, and utilize travel insurance.

Airbnb estimates it will see a similar growth rate in Q2 as it did in Q1 and anticipates stronger-than-average demand for Q3 and Q4. Of course, this sentiment could shift if consumers decide to save money instead of traveling, but the long-term move to Airbnb away from standard hotel stays is quite evident.

In Latin America, e-commerce is growing rapidly thanks to MercadoLibre (MELI 5.84%). Through the company’s vast suite of offerings, Latin American residents can enjoy two-day shipping in many locations, digital payments, access to credit cards, and a large e-commerce marketplace.

The company also happens to be growing like a weed. Q1 commerce revenues rose 44% YOY to $1.3 billion and fintech revenues were up 113% to $971 million.

However, as the U.S. economy slows down, international markets are likely to also be affected. Second-quarter results will reveal the strength of the Latin American consumer, but until then, investors need to check out how low this stock is valued. 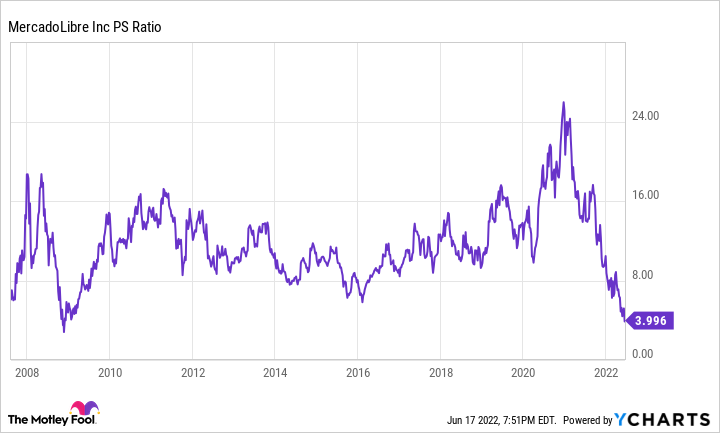 MercadoLibre trades for under four times sales. The last time it was this low? How about never. MercadoLibre didn’t even trade this cheaply at the height of the Great Recession. This stock is an…

Read More: If You’ve Got $5,000, Buying These 5 Top Stocks Right Now Would Be a Genius Move

Kanye West Says He Owes the IRS $50 Million in Taxes

Analyst Who Nailed May 2022 Bitcoin Crash Forecasts 50% Drop for…

Retailers roll out stricter return policies ahead of the holidays