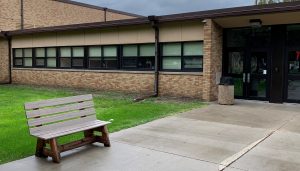 One question you won’t see on the June ballot in Grand Forks is a bond issue for a new Valley Middle School.  School board members today (Monday)  opted not to place the issue on the ballot.  Instead members will wait to float the idea during a special election later in the year – or wait until the November election.

School Board member Amber Flynn agreed that more time is needed to market  the issue to voters. “I think we put the ask before the plan was fully ready to go last time.”

The board’s Doug Carpenter was a vocal supporter of a June vote.  He says if the district needs more time for planning – that planning should start immediately.  He admits he’s frustrated with the delay.  “Hopefully Valley will last for a long time.”

Board member Bill Palmascino says he’s fine with waiting until November rather than absorbing the costs of a special election.  “I think with the added cost we will get some pushback.”

Superintendent Terry Brenner says the June date makes it difficult to scale up a drawing for a 6-8 middle school project.  It’s estimated a Valley building – and Child Nutrition facility – could cost $55 million dollars.

The board will decide when to put the issue on the ballot at a future meeting.