3 CEOs to Invest In


When you invest in a stock, you’re not just investing in good numbers, or an exciting story. What you’re really investing in is people. Who is leading your company? Where have they been, and where do they want to go?

Our roundtable is excited about three healthcare companies with outstanding leadership. Here’s why we like GlaxoSmithKline ( GSK 0.76% ), Immunocore ( IMCR 3.85% ), and Axsome Therapeutics ( AXSM 6.09% ). 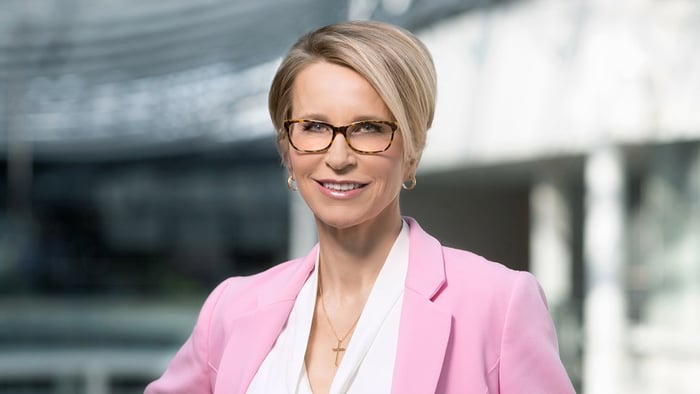 George Budwell (GlaxoSmithKline): Emma Walmsley took the reins as CEO of the British pharma giant GlaxoSmithKline five years ago this month. During her relatively short tenure, Walmsley has overseen a complete makeover of the company’s core businesses in consumer healthcare, vaccines, and pharmaceuticals.

For instance, Walmsley decided to dive back into oncology with the 2019 acquisition of Tesaro, along with several other in-licensing deals, after her predecessors sold off the company’s cancer assets to Novartis in 2014. More recently, GlaxoSmithKline’s top administrator has played a key role in the upcoming spin-off of the company’s consumer healthcare segment (which will be called Haleon), as well as helping cement the drugmaker’s competitive positioning in the high-value HIV market.

The net result is that GlaxoSmithKline’s shares have returned a healthy 34.6% (when including dividends) to shareholders since she became CEO. While the drugmaker’s stock hasn’t exactly been a world-beater in terms of return on capital over this period, what’s important to understand is that Walmsley took over a company that was reeling from multiple miscues by its former brain trust. Speaking to this point, GlaxoSmithKline’s shares only produced 28% total returns on capital for the entirety of the ten years prior to her taking the company’s top position.

Is GlaxoSmithKline’s stock a worthwhile buy with Walmsley leading the ship? I think that’s a solid “Yes.” While some investors have been critical about the pace at which GlaxoSmithKline has been turning the corner, there is no doubt that the company is in a better position than it was five years ago. And the bulk of this turnaround can be attributed directly to Walmsley’s stellar leadership.

Ready to lead a small-cap to the next level

Patrick Bafuma (Immunocore): When you see small-cap biotechs, sometimes the C-suite leaves a bit to be desired. That’s not the case with Immunocore, which has a star-studded team loaded with big pharma experience, many of whom have overseen the rollout of blockbuster therapeutics. Its leader, Bahija Jallal, has a jaw-dropping CV and should inspire investor confidence in her role.

As MedImmune‘s head of translational research in 2006, she fostered an incredible pipeline of more than 120 assets, leading to AstraZeneca‘s 2007 buyout of the company. Eventually, Dr. Jallal became President of MedImmune as it became AstraZeneca’s global biologics research and development unit after the buyout. There, she oversaw the rise of blockbusters Imfinzi ($2.4 billion in sales in 2021) and Fasenra ($1.3 billion). This rockstar further progressed to become CEO of Immunocore in 2019.

Jallal is also a member of the Board of Anthem as well as Guardant Health. So as CEO of a drug-developing biotech, she really understands both the insurance industry and personalized cancer diagnostics. As a Physiology PhD from the Curie Institute in Paris with a molecular biology post-doc at the Max Planck Institute, Dr. Jallal has over 15 patents to her name, has authored over 70 peer-reviewed publications, and is the recipient of the 2017 Woman of the Year award from the Healthcare Businesswomen’s Association.

No doubt this CEO has serious biotech street cred. Since she’s been involved in a buyout and shepherding multiple blockbusters, I believe she is an ideal candidate to lead the up-and-coming biotech that is Immunocore, which has recently received its first U.S. Food and Drug Administration (FDA) approval. Its TCR immunotherapy, Kimmtrak, recently approved for a rare form of melanoma, is set up to continue expanding into broader addressable markets. Plus, it has two other TCR therapies in trials. If ever there was a person that could successfully grow Immunocore, it’s Jallal.

Building a winner in the CNS space

Taylor Carmichael (Axsome Therapeutics): Dr. Herriot Tabuteau immigrated from Haiti when he was nine years old. He studied the human brain while he was a student at the Yale School of Medicine. His advisors thought he might become a neurosurgeon; he went into investment banking instead. After stints at Goldman Sachs and Bank of America and then managing healthcare investments at a couple of hedge funds, in 2012 Tabuteau founded Axsome Therapeutics, a…

Read More: 3 CEOs to Invest In

What economists are saying about the ‘March Madness’ jobs report

With Travel Demand Picking Up, Is It Time to Buy This Airline…