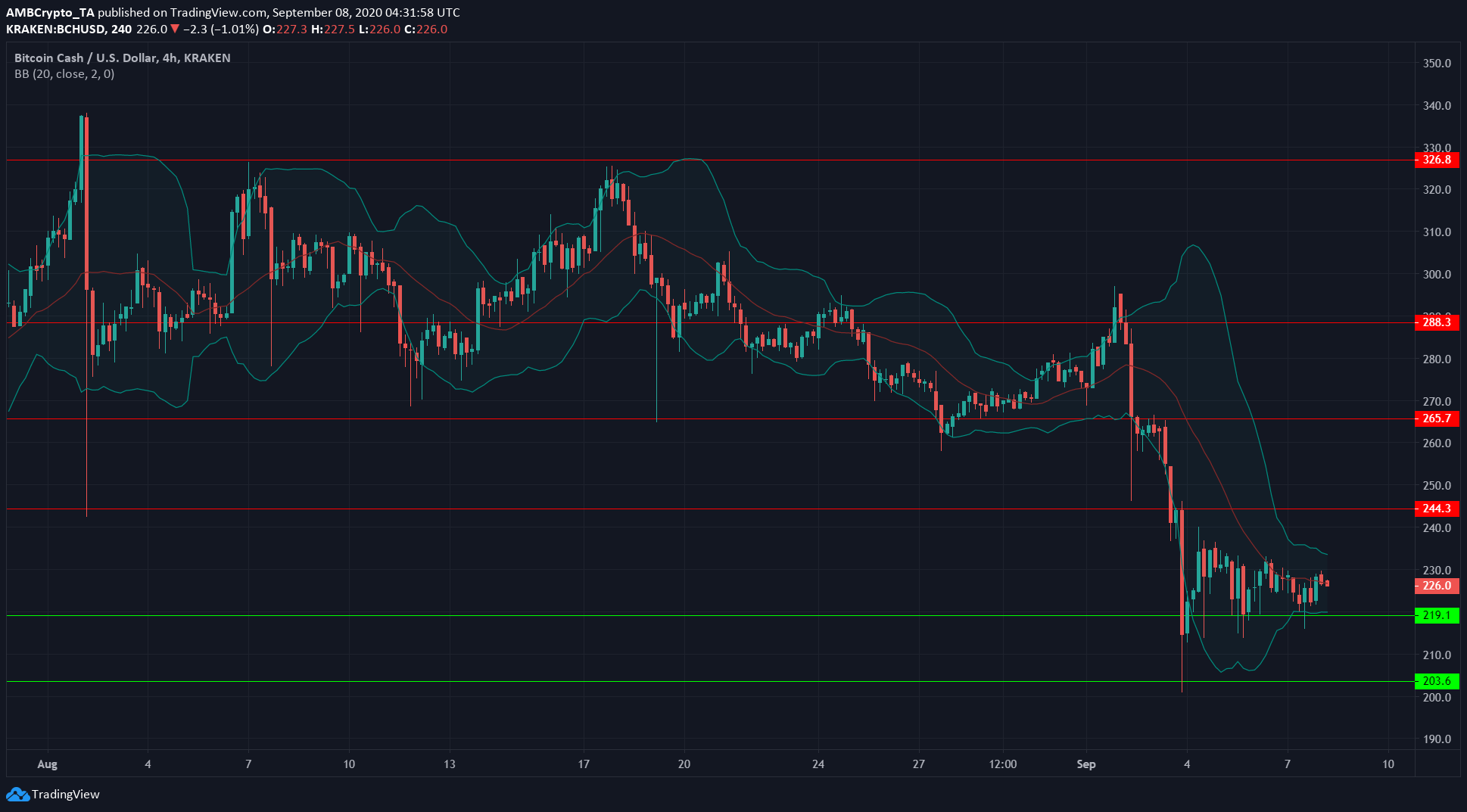 Bitcoin Cash price seemed to have halted its drop at the support level $219. Bollinger bands had begun to tighten around the price, indicating lessening volatility.

If BCH consolidates above price for a few days, it could mean a successful defense of the support, and BCH could look to move upward.

In related news, UK digital bank Ziglu launched the services of a peer-to-peer payment for both fiat and cryptocurrencies, one of them being Bitcoin Cash. 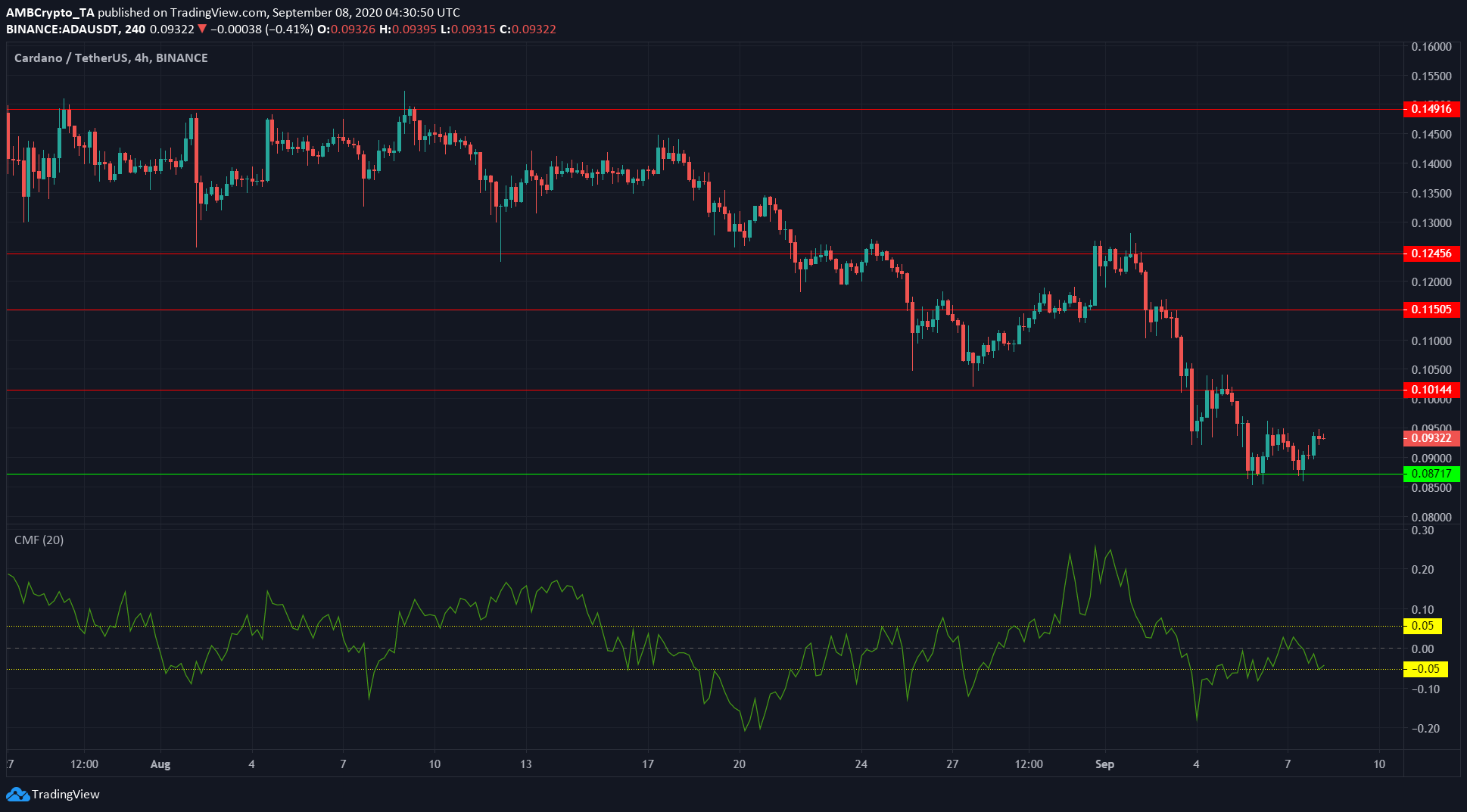 Cardano was trading above support at $0.08. It had met stiff resistance at level $0.101 when it tried to climb past on a bounce.

CMF showed a value of -0.05, which technically meant sellers dominated the market, but the reading was not significant. However, this can indicate that the selling pressure on ADA has weakened.

If ADA dropped below support, next level of support lies at $0.077. 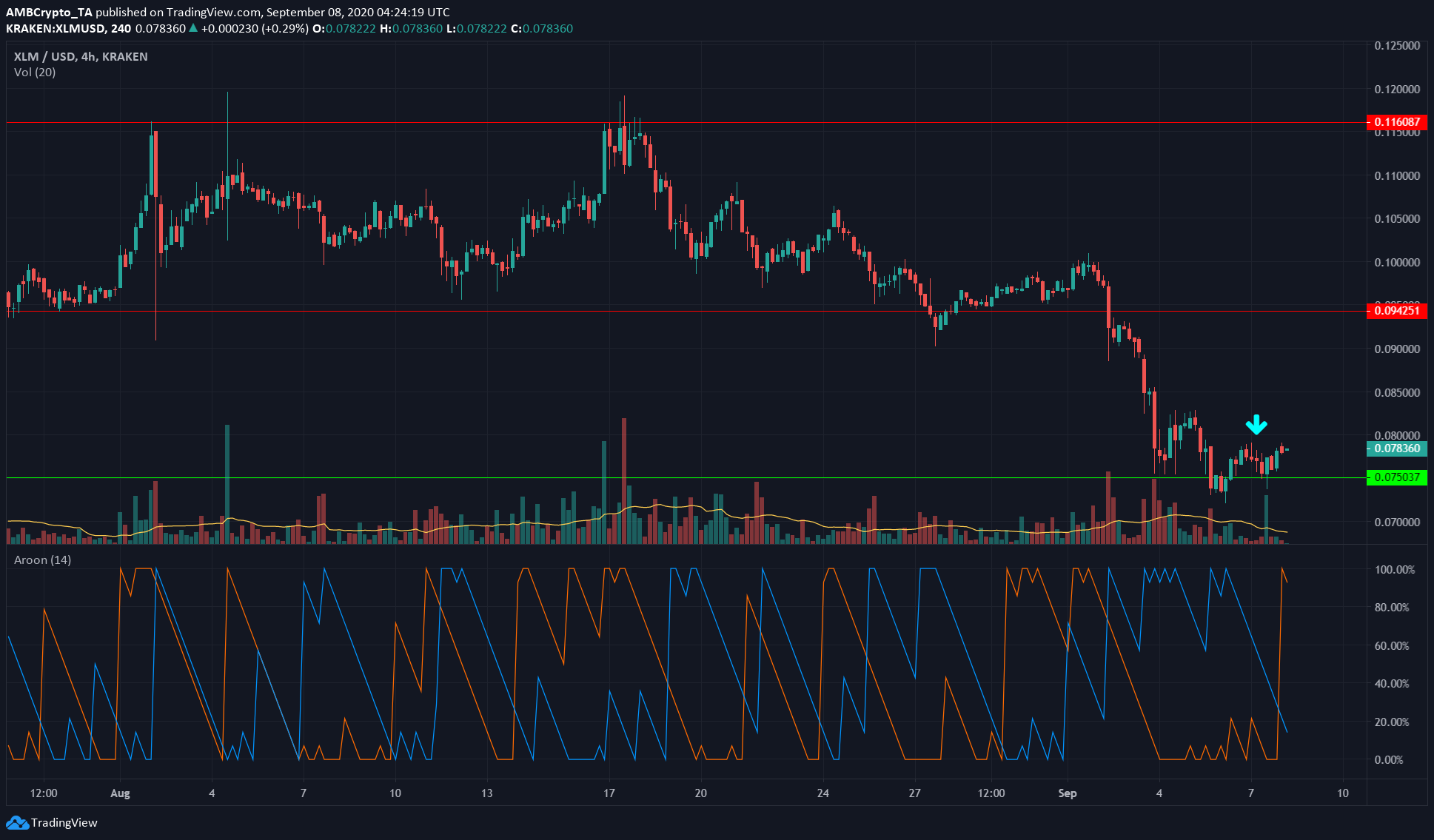 Stellar Lumens was ranked 17th on CoinMarketCap, with a capitalization of $1.6 billion. It had a 24h trading volume of $163 million, which was lesser than the daily average for the past 10 days.

The reducing trading volume could indicate a period of consolidation for XLM. In the past couple of days, we see XLM has had many trading sessions with below-average volume. As highlighted by the cyan arrow, XLM dropped back toward support but didn’t see significant trading volume, indicating possible seller exhaustion.

Aroon Up (orange) crossed over the upside of Aroon Down (blue), indicating a possible trend reversal.

5 Altcoins That Could Flourish in February

Calling All Contrarians: These 3 Cryptos Could Take Off in 2023