Clean Renewable Energy And Electric Vehicles Will Possibly Be The Biggest


This article first appeared on Trend Investing on August 17, 2020; therefore all data is as of this date.

It is starting to look like renewable energy and electric vehicles [EVs] will be the two largest trends of the 2020’s decade. Certainly in the USA, if Biden is elected, he plans for “the U.S. to be a carbon pollution-free power sector by 2035.” This will have to be mostly renewable energy sources. Given that in 2019 just 17% of US electricity generation came from renewables (and only 11% of total energy consumption), to ramp up towards 100% renewables in just 15 years would lead to a massive boom in solar and wind installations. Meanwhile China and Europe continue to lead the way with solar, wind, and EV adoption.

Global supplies of renewable electricity are growing faster than expected and could expand by 50% in the next five years, powered by a resurgence in solar energy.

As solar and wind have become the cheapest forms of energy production the IEA reported that “solar, wind and hydropower projects are rolling out at their fastest rate in four years.”

This is a pivotal time for renewable energy……Technologies such as solar photovoltaics [PV] and wind are at the heart of transformations taking place across the global energy system. Their increasing deployment is crucial for efforts to tackle greenhouse gas emissions, reduce air pollution, and expand energy access. 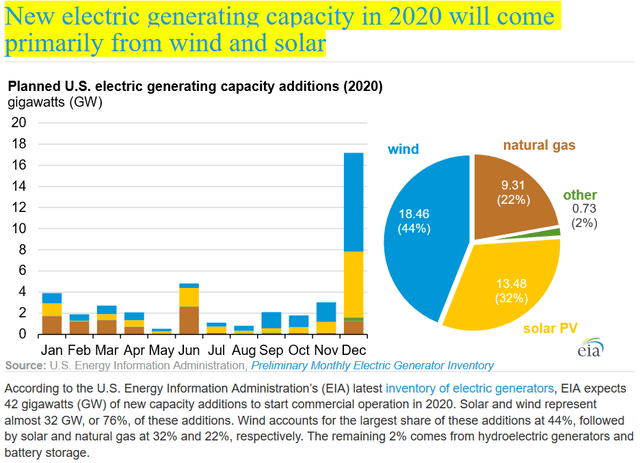 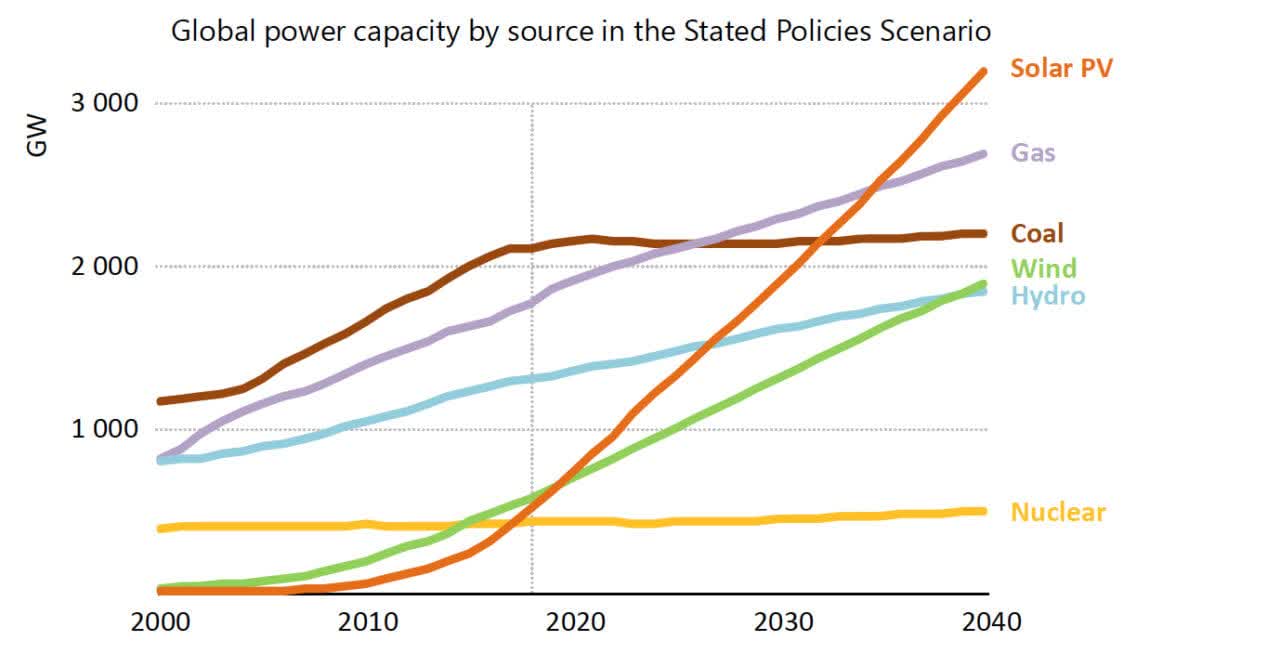 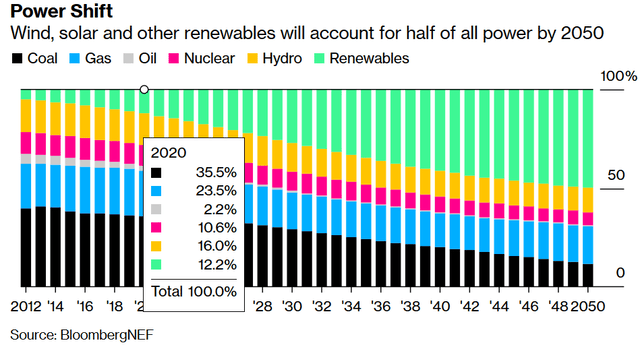 BNEF’s above forecasts in table format

Government support and targets for renewables

Read More: Clean Renewable Energy And Electric Vehicles Will Possibly Be The Biggest

The rally in US tech stocks is ‘nothing close’ to the dot-com bubble, DataTrek

Do solar panels always save on energy bills?

The Pullback In Natural Gas Has Created An Opportunity

California is awash in renewable energy — except when it’s most…