Wrapped Bitcoins and Ethereum; do they carry a ‘security’ threat now?


While DeFi has been one of the keywords of the year for the digital asset industry, Wrapped Bitcoins or WBTC has been one of the definite highlights of the Decentralized Finance space. The growth of WBTC has been nothing less than extraordinary, and at the time of writing the total valued locked in WBTC is a whopping $987 million. For context, it was only $4.30 million on January 1st, 2020. 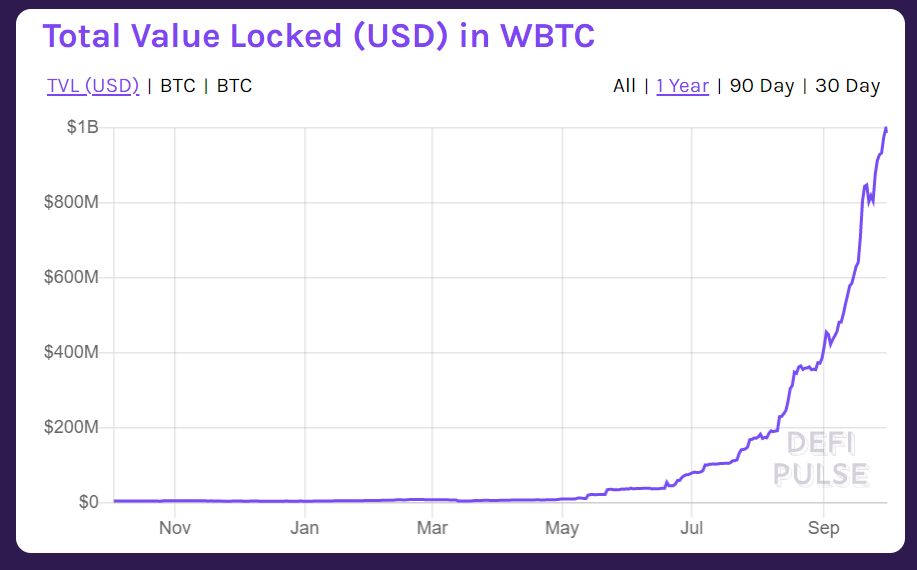 However, rather than focusing on the market cap, it is the ‘why’ that is intriguing. While Wrapped Bitcoins are fundamentally an ERC20 token based on the Ethereum network, they are backed 1:1 by bitcoin. It means that even though BTC is not present on the ETH blockchain, its value and subsequently its liquidity is there on the altcoin chain.

This form of tokenization is becoming extremely popular because of its flexibility and interoperability between different platforms; something that was missing from the space for a long time. With the growth of WBTC, millions of dollars are now effectively getting transferred from Bitcoin into the Ethereum ecosystem, although it is not a permanent event. Now, the plot of WETH started taking pace after the launch of YFI tokens as the growth of DEX increased WETH value as well. While it can also be observed that the WETH supply is already larger than the WBTC supply.

Glassnode additionally highlighted that the rise of DeFi protocols resulted in over 15% of all ETH is locked in smart contracts on Ethereum – up from 11.5% a year ago.

While on the surface, it is gaining traction due to innovation and utility but is tokenized assets elevating a threat of securitization?

WBTC, WETH; Mirroring a security token or not?

While running a Howey test on WBTC, WETH, it will possibly raise concerns on three levels; WBTC and WETH are accessible on exchanges, Investors on WBTC and WETH will rely on the price of Bitcoin and Ethereum, and traders are also expecting to make a profit by its increased circulation. A textbook definition of security.

However, this is where WBTC and WETH do not exactly act as a security token. From a traditional process, it sounds like a security token but it isn’t because it is based on a blockchain at the end of the day. Bitcoin-based or Ethereum-backed tokens represented in a tokenized way is accelerating interoperability and its transparency is the key reason that its STO argument weakens.

Additionally, considering Bitcoin and Ethereum, the parent asset backing WBTC and WETH are not securities, it relieves the elementary value of these tokenized assets from being STOs.

However, higher tokenization can be highly detrimental for Bitcoin and Ethereum’s on-chain activity considering its value is transferred on multiple blockchains, but that is a discussion for another day.

Read More: Wrapped Bitcoins and Ethereum; do they carry a ‘security’ threat now?