BTC and the large altcoins are still in range territory but there is movement elsewhere with CRO catching up to BNB in the battle of exchanges.

Bitcoin is trading in a range with some support levels in play at $8,700 and the long-standing resistance at $10,000-10,350. BTC has drifted lower in recent weeks after the halving buzz faded.

A break of the $8,700 level would be a negative because the next real support is around the $6-6,500 mark. This is in view at the same time stocks and commodities may be in line for a correction.

Sentiment data from IG shows that investors are extremely long on oil and gold, which often happens at turn points. When investors are heavily positioned in a particluar direction it means that there are more positions to unwind, which fuels the rally in the opposing direction.

Despite the slow price action, cryptocurrency believers should ignore the short-term swings of the market and focus on the bigger picture. The markets may want to tie Bitcoin to the traditional assets but there may come a time when BTC and altcoins disconnect. If China are creating a digital currency with a view to unseat SWIFT then there won’t be an advance warning for when the switch happens.

Crypto.com Chain has slipped quietly into the number 10 spot of coins by market cap. CRO had a market cap of $23 million in 2019 but has now surged to near $2.bn. 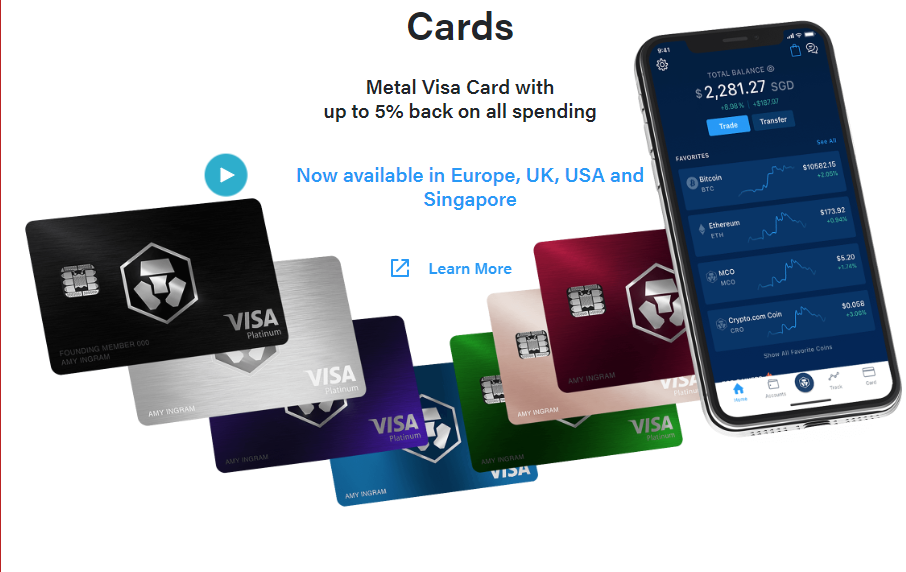 Crypto.Com is a cryptocurrency exchange with Visa cards, which are available in Europe, USA and Singapore.

The market cap value of CRO is now £2.33 billion and the coin is now only $70 million behind Binance Coin, so the two exchanges are battling to be the number one marketplace for cryptos. The valuation seems skewed because Binance only has 155 million coins in circulation and a more developed platform with derivatives and a larger coin listing, while Crypto.Com has a circulation of almost 18 billion coins.

Despite the signs that CRO may be overvalued compared to BNB, the former is breaking out of resistance on a monthly basis and pointing higher.

BNB is currently trading at $15.50 but the price is pointing down in line with BTC. If we do see a pullback in Bitcoin due to lower prices in stocks and commodities then BNB would be a good buy option compared to CRO, which is less developed as a platform. In the end, volumes will win and if we see further adoption in the public, then Binance is better positioned to capitalize and also has a bigger asset and product selection with futures and options.

Ripple has been drifting lower over the last few weeks and is eyeing some key resistance levels that have provided support for the coin in the past. If BTC was to see further losses the XRP may test these levels and some buying could provide a base for gains.

We can see on the chart that volumes are building in XRP with a threefold increase into June and this could suggest early support around these lower levels.

Ripple CEO has been urging U.S. regulators to “step up and lean into digital currencies,” to avoid falling behind China in the blockchain world. His tweet cited an article that suggested China’s digital currency could unseat the dollar as the world’s dominant payment system. 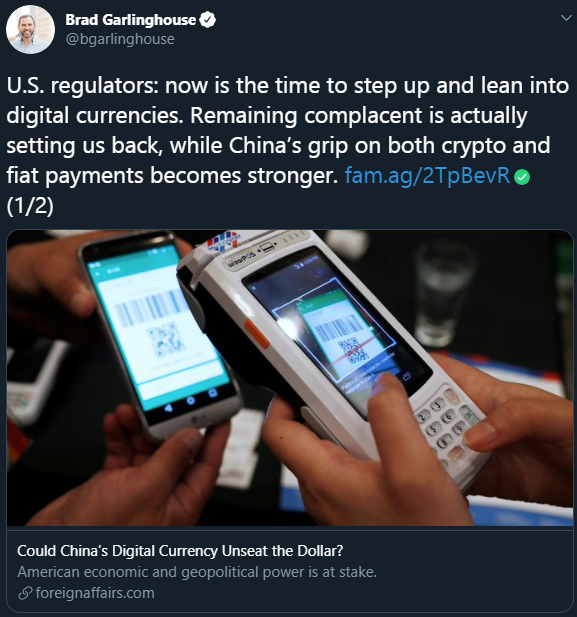 U.S. financial dominance relies on the dollar’s status as the global reserve currency and its control of the Society for Worldwide International Financial Transactions (SWIFT) system. Control of this system gives the U.S. leverage over other nations and also the ability to enforce financial sanctions. This would not be possible if they lost ground on a new digital currency system.

In other analyses, crypto enthusiast Anthony Pompliano believes that Ripple’s success may not automatically translate to XRP gains.

Pompliano stated that Ripple has achieved great success as a payment protocol and that it excels as a payment firm based on blockchain technology. But, despite this. XRP may not benefit from this in the long run.

This goes along with my own thoughts over the last years where XRP is a cross-border payments system, but China has shown that it will not cede control of the monetary base to a private third party.

Fantom was 40% higher on the week after announcing that OKB, the utility token of the OKEX exchange, was joining the Fantom defi system.