Binance Coin showed signs of being on a healthy long-term uptrend as it retraced recent gains made. In the short-term also, it appeared likely to move north. Polkadot bounced off its support and might be headed for more gains, although it could also exhibit ranging action in the coming days. Verge has been in a slump for the past month, but could climb over the next few hours.

Binance Coin retraced gains from its massive surge in early-September when it climbed from from $18.01 to $33.38. Using the Fibonacci Retracement tool, some important levels can be highlighted.

The VPVR showed that the Point of Control (PoC) was at $23.16 on the charts. The zone around $24 showed resilience, but BNB was able to go past it and the crypto is likely to test the resistance at $27 in the coming days.

This can be evidenced by the relatively shallow trade volume between $24.8 and $27, indicating that the price might not stay near between these levels for a prolonged period.

$27.5 is the 38.2% retracement level of the aforementioned surge and would be an important level for BNB to reclaim. 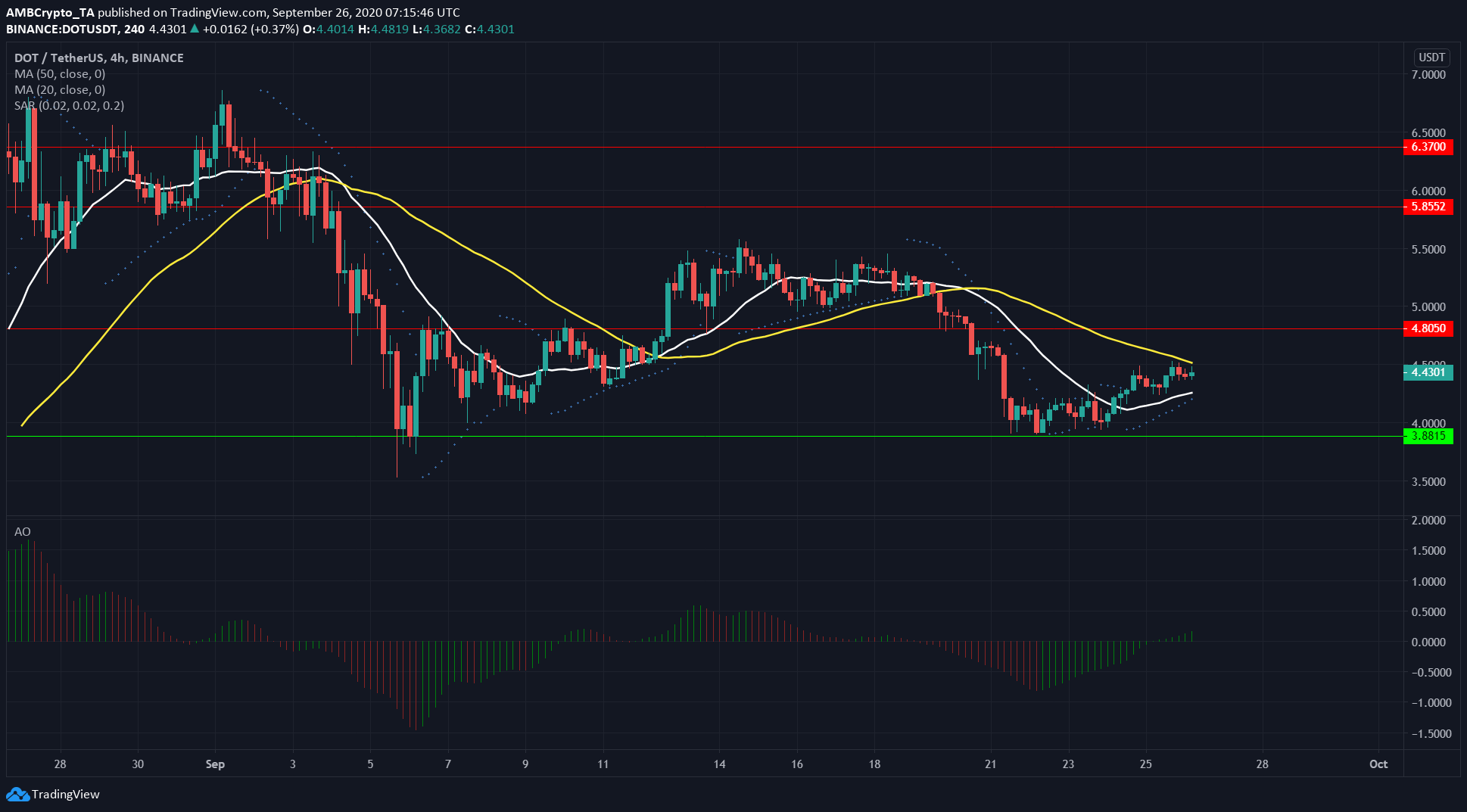 The 20 SMA (white) was beneath the 50 SMA (yellow), showing that the crypto-asset had been in a bearish short-term trend. DOT bounced off its support at $3.88 and might face resistance from the 50 SMA or at $4.8.

The Parabolic SAR also gave a buy signal and could be used by traders to set a stop loss. $4.7 might be an area to take profit in, as the Awesome Oscillator also showed a bullish crossover.

While the overall trend might not have changed, DOT’s bounce could have a little more upside before facing rejection.

It is possible that DOT may rise past the $4.8 level while flipping it, in which case DOT would be likely to either surge or consolidate at the flipped level, before surging. 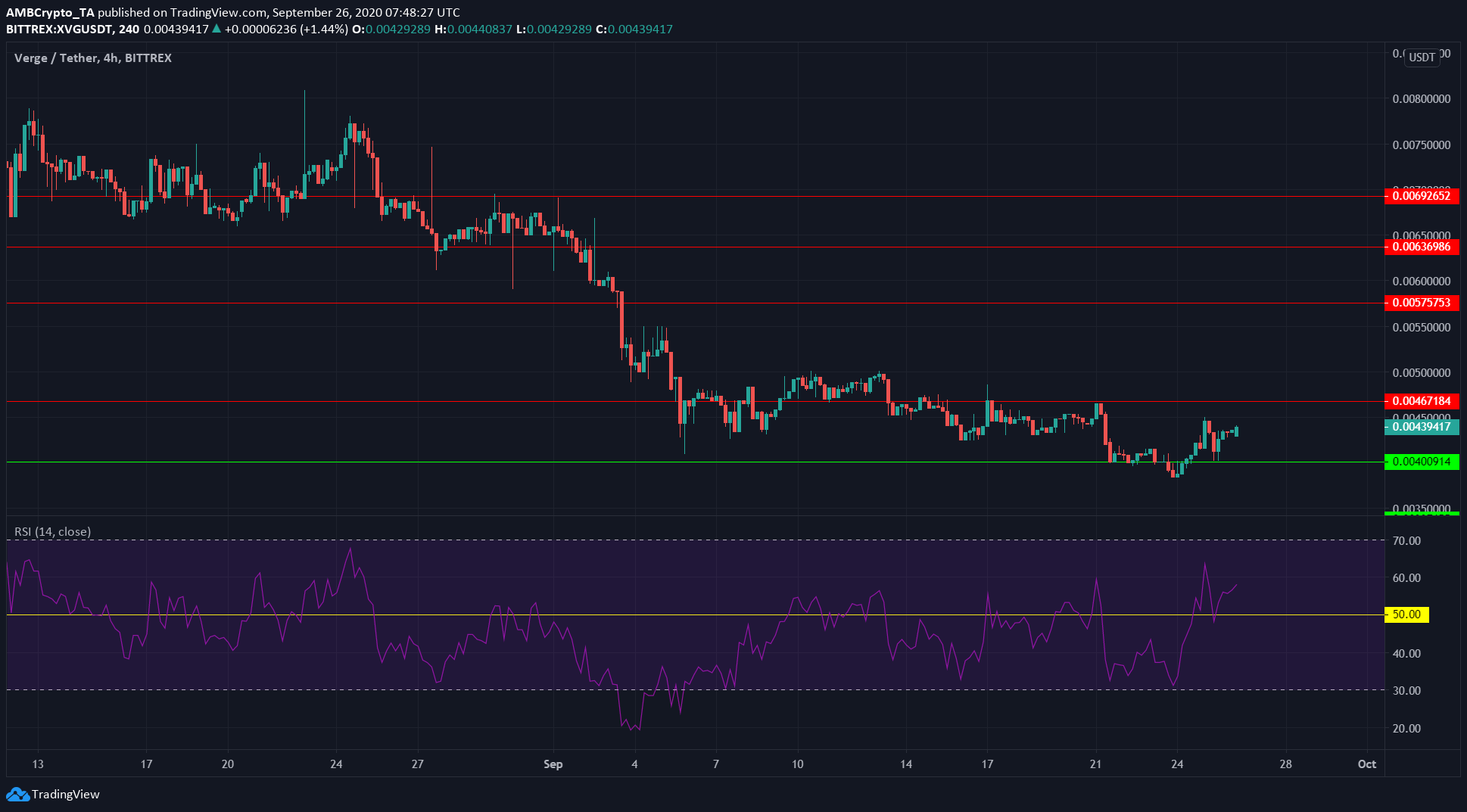 XVG has been on a persistent downtrend since late-August, a time when it touched local highs of $0.0077. This was shown by the RSI, which had not been able to break past 50 and stay above, until recently.

This bearish outlook might have to be reconsidered in the near-term, as XVG bounced past its support at $0.004 and was trading at $0.0043, with resistance at $0.0046. The RSI showed a value of 57 and had recently bounced off the neutral 50 zone, just as the price re-tested support, reinforcing the bullish short-term outlook.

Two things need to happen for BNB to hit $450

Binance proof-of-reserves is ‘pointless without…

Binance CEO Bullish on the Future Potential of Crypto

how to participate & win

Cristiano Ronaldo teams up with Binance to launch his 1st NFT…

If Binance or Tether Collapse, it’s Game Over for Crypto, DOGE’s…

Binance To Give NFT-based Certificates As It Launches Free Crypto…