3 Absurdly Overvalued Stocks to Avoid During a Market Crash


A combination of excessive speculation in tech options from retail investors and fears of a second wave of coronavirus cases around the world created a significant pullback among major stock indexes. As of Sept. 19, the tech-heavy NASDAQ-100 is now down 12% from all-time highs, signaling a market correction.

Many market participants wonder if this ongoing correction could turn into a full-on stock market rout just like the one in March. Regardless of what happens, there are three overvalued stocks in the technology and healthcare sectors that investors should get out of. 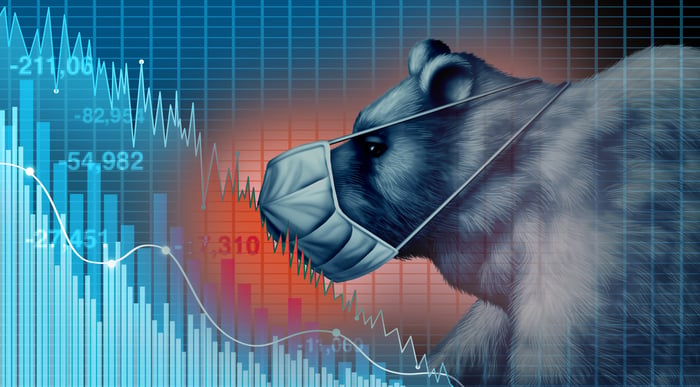 Cloud data company Snowflake (NYSE:SNOW) is one of the most popular IPOs of the year, with its stock more than doubling its IPO price of $120 on its first trading day. There is ample reason behind this level of excitement. The company’s cloud platform is used by 146 Fortune 500 companies to improve business metrics, optimize machine learning algorithms, power their digital services, and analyze business strategies.

The problem comes when we take a look at just how much one is willing to pay for the company’s results. Right now, Snowflake has a market cap of $65.87 billion compared to its trailing-12-month revenue of $402.7 million and a net loss of $342.6 million. In other words, the stock is trading for as much as 127 times price to sales despite posting no profit. Meanwhile, cloud technology giants such as Oracle and Microsoft are trading for between five and 11 times sales and are posting positive net incomes.

The situation is no different for emerging cloud service companies DocuSign and Workday. The two companies are trading for just 31 and 12 times price to sales. Investors should beware of the excessive speculation going on in Snowflake stock, and look for just about any other company in the sector as a better buy.

Tesla (NASDAQ:TSLA) has become one of the year’s hottest stocks after the electric car manufacturer finally delivered profits to its shareholders. In the second quarter of 2020, the company’s gross margin improved by 649 percentage points to 21% and increased its earnings per share by 91% year over year to $0.436. This was Tesla’s fourth consecutive quarter of profitability.

With the stock trading for 19 times price to sales and 305 times price to earnings, however, investors are essentially betting that there is a 100% chance Tesla’s new production facilities in Germany and the U.S. will align with consumer demand. Right now, Tesla can produce 690,000 Model S/X and Model 3/Y vehicles per year, while it only delivered 388,688 cars in the last 12 months.

If Tesla gets it wrong and overestimates consumer enthusiasm for electric cars, it will have invested billions of dollars into its factories at a considerable loss. Given the valuation, that sounds like a huge risk to take. Investors have a lot to lose and little to gain if they buy Tesla after its spectacular rally this year. Shares are now down more than 10% from their high in August.

Moderna (NASDAQ:MRNA) is one of the front-runners in the race to find a coronavirus vaccine. The company’s messenger RNA vaccine candidate, mRNA-1273, is now in advanced clinical trial stages after demonstrating a robust immune response when given to participants in phase 1. Due to government agencies’ research and development funding as well as equity raises, the company now has over $3 billion in cash and investments on its balance sheet.

If the vaccine candidate is successful in large-scale testing, Moderna will supply 100 million doses of mRNA-1273 (enough for 50 million people) to the U.S. government for about $1.5 billion. The company can produce between 500 million and one billion doses next year.

There is no doubt that Moderna’s technology and progress in its vaccine race are to be commended. The issue arises when one takes a closer look at the market opportunity for COVID-19 vaccines. Right now, there are about 15 experimental vaccines in phase 2 clinical trials, nine experimental vaccines in phase 3 clinical trials, and five vaccines with early approval despite lacking efficacy data. Moderna’s competitors, Pfizer and AstraZeneca, already have a combined manufacturing capacity to produce three billion doses of their coronavirus vaccine candidates next year. The world only needs about 15.6 billion doses of two-dose vaccines for global immunity, and that’s not taking into account affordability or delivery logistics.

The next problem comes from the monetization model of vaccines themselves. After vaccination, it is…

Dash is evolving into a decentralized cloud cryptocurrency

2 Market-Beating Stocks That Can Continue Rising in 2023

Tesla market share could be dented by cheaper rival EVs

What to Expect from Retail Stocks Into The Holidays

What Does the T+2 Rule Mean in Stock Settlement?

3 Flags for Disney Stock as Iger Makes His Return