3 Safe Stocks to Buy in a Not-So-Safe Market


Fears that another stock market crash might be imminent appear to have largely subsided. After dropping nearly 10% in September, the S&P 500 index has rebounded somewhat. But don’t think for a second that the market is safe right now.

Several factors could lead to increased volatility and even another plunge. President Trump’s medical team says that he “isn’t out of the woods yet” after being diagnosed with COVID-19. Some healthcare experts remain concerned about a second wave of the coronavirus pandemic this fall. Many investors worry that stocks are so highly valued that any bump in the road could cause a sharp downturn.

Such concerns don’t mean that you should avoid the stock market altogether, though. Here are three relatively safe stocks to buy in a not-so-safe market. 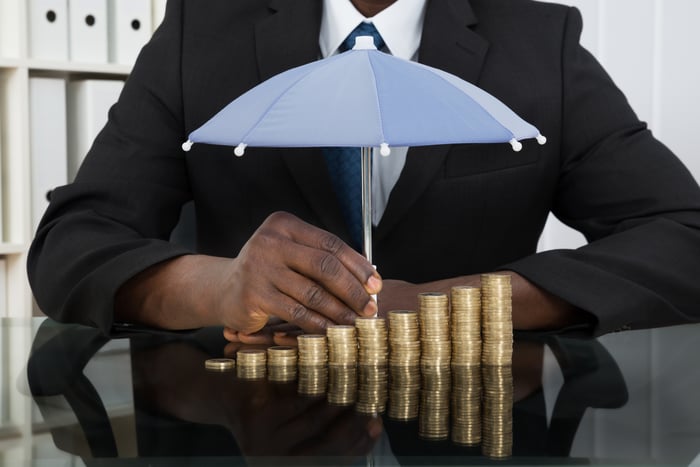 Abbott Laboratories (NYSE:ABT) practically oozes security and stability. The healthcare giant has been in business since 1888, weathering plenty of economic and stock market storms for 132 years. It’s been No. 1 on Fortune‘s Most Admired Companies list for its industry for seven years in a row. Abbott is also a Dividend Aristocrat, meaning that it’s increased its dividend for at least 25 consecutive years.

While many companies will be hurt if the COVID-19 pandemic worsens, Abbott’s diagnostics business gives it something of a safety cushion. The company markets six COVID-19 tests under the Food and Drug Administration’s emergency use authorization program. In August, the U.S. government bought 150 million of Abbott’s rapid BinaxNOW diagnostic tests for $760 million.

Abbott isn’t just a defensive play, though. The company should have multiple growth drivers, including its Freestyle Libre continuous glucose monitoring system and MitraClip mitral regurgitation device. Wall Street analysts expect that Abbott will deliver average annual earnings growth of nearly 15% over the next five years.

Amazon (NASDAQ:AMZN) is a juggernaut. The company dominates the e-commerce market. It’s a leader in the fast-growing cloud hosting market as well.

Amazon’s top spots in both markets largely insulate its business from the ongoing impact of the COVID-19 pandemic. Actually, the pandemic is fueling a significant increase in online shopping, as well as accelerating the migration of apps and data to the cloud. Both trends work to Amazon’s advantage.

But with a market cap north of $1.5 trillion, can Amazon continue to deliver strong growth? Absolutely. The company’s upcoming Prime Day is expected to be its biggest ever. Amazon has tremendous growth opportunities with its advertising business. The company also continues to move into new areas, including self-driving car technology and healthcare.

Amazon’s e-commerce success is hurting many brick-and-mortar retailers. However, Dollar General (NYSE:DG) isn’t one of them. The discount retail stock has been a big winner this year, trouncing the overall market.

Dollar General provides must-have products at attractive prices. While some retailers experienced big sales declines because of the COVID-19 pandemic, Dollar General’s sales soared. This isn’t all that surprising: Its same-store sales have grown for 30 consecutive years, including periods with recessions and world crises.

The company shouldn’t have major problems continuing its momentum. Dollar General currently operates more than 16,700 stores. It could add another 12,000 stores to that total in the continental U.S. over the next several years. The company also continues to roll out strategic initiatives such as its DG Pickup service (where customers buy online and pick up at its stores) and DG Fresh (which is expanding internal distribution of perishable products). Dollar General should remain a relatively safe pick during current and future volatile markets.


Read More: 3 Safe Stocks to Buy in a Not-So-Safe Market

Why Shares of Enphase Energy, Bloom Energy, and SolarEdge All Jumped on Monday

On The Money — Stock market tanks as interest rates spike

Analysis: Japan is chasing its tail on yen intervention

Libya Dairy Products Market is expected to reach US$ 873.3

Learning To Navigate Institutional Markets For Next Generation

The Perfect Storm Is Brewing In U.S. Diesel Markets