Thirty-nine years ago, the 10-year US Treasury yield peaked at 15.312% and interest rates began declining. On August 27, Federal Reserve Chairman Jerome Powell presented the Fed’s new policy that “will likely aim to achieve inflation moderately above 2 percent for some time.” This marks a profound shift in a four-decade policy – the inflation fighting posture championed by Federal Reserve Chairman Paul Volcker now takes a backseat to fuller employment. The critical consequence of this policy change is that future returns on stocks and bonds will no longer be bolstered by declining interest rates. The investment management dogma of the 60/40 stock bond allocation model is being undermined by this Fed’s new policy. New asset allocation models emphasizing alternative investments like commodities and hard assets will need to be adopted. If inflationary tolerance broadly permeates central bank policy, a failure to reallocate could have profound investment consequences. All investment pools, especially long term vehicles such as pensions, retirement accounts, endowments, and taxable investments could be impacted.

The chart below by Nobel Laureate Robert Shiller shows the four-decade decline in interest rates and the corresponding rise in stock and bond prices to today’s record high levels. This new Fed policy shift could reverse nearly four decades of abnormally high stock and bond returns. 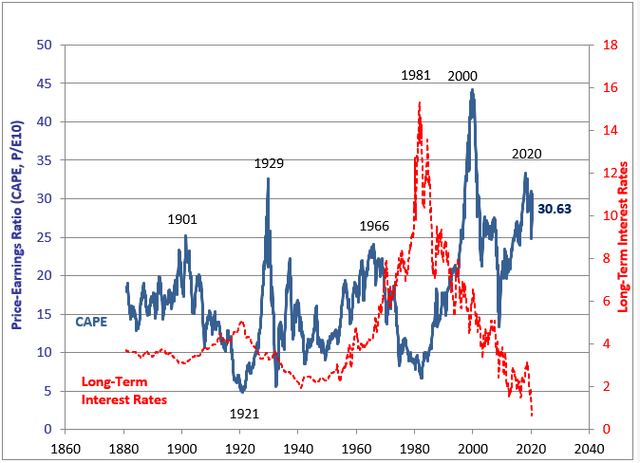 The 2020 Technology Bubble has Burst

Today’s parabolic price rise in technology stocks mirrors the accelerating rise which preceded the 2000 dot-com boom and stock market bubble. The 2000 tech bubble led to a two and a half year 83% decline in the NASDAQ 100 Index (QQQ).

On September 1st, the NASDAQ 100 Index gapped open. Gap openings are rare events when a stock or index leaps to a new high price leaving a price gap on a chart. Gaps are the result of extreme or “panicked” investor behavior. On August 31st both technology darlings Apple, Inc. and Tesla, Inc. split four for one and five for one. This non-economic event created so much investor commotion that it led to outages at major brokerages – a clear example of “irrational exuberance.”

With this profound experience, we again advise reallocating away from technology stocks, based on their parabolic appreciation, gap openings and extreme valuations. Failure to manage this massive tech bubble could have lifestyle or career changing consequences for some and possibly many.

Below is a chart of the NDX100 or QQQ that shows an identical parabolic sector move to the 2000 tech bubble. 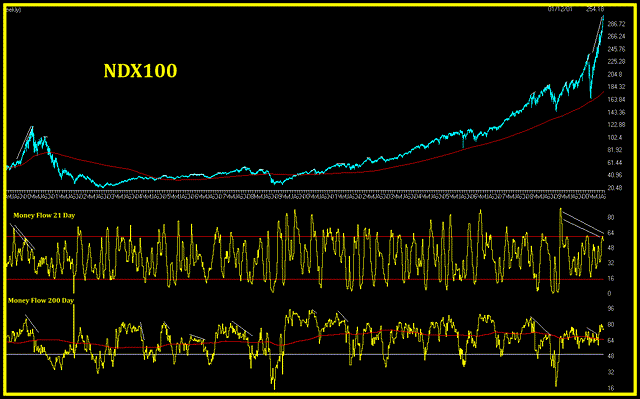 The table below shows the rapid rise in the QQQ index during both 2000 and 2020. In both cases, huge technology stock bull markets preceded five months of accelerating and unsustainable price appreciation. Both periods saw unprecedented Federal Reserve stimulus: 2000 due to the dreaded “Y2K” global computer glitch and 2020 due to the COVID-19 crisis. Both times, technology companies dominated the economy and social fabric of the country.

“FAANG stocks”, the acronym for Facebook, Amazon, Apple, Netflix and Google shares are emblematic of this bubble. Their parabolic rates of appreciation are both extreme and unsustainable and are charted below along with the QQQ.

Today’s stock market is historically overvalued. Warren Buffett’s so-called favorite indicator suggests equity valuations have never been so expensive. The Wilshire 5000 Total Market Index was valued at $35.96 trillion as of Wednesday’s close and the second-quarter US GDP was $19.4 trillion. Based on those figures, the Buffett indicator now stands at 185% – an historic high. This indicator is pictured below. 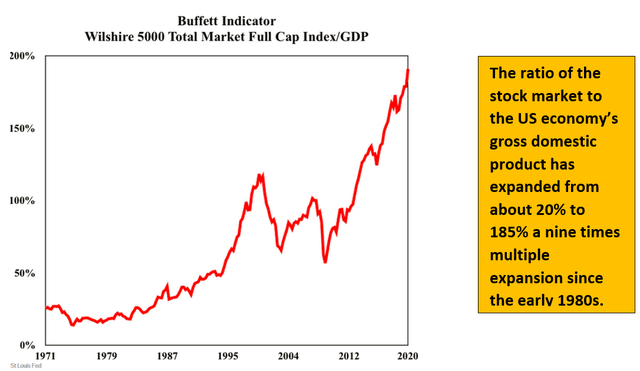 The COVID Tracking Project charts below show new cases, since July when the southern states’ “second wave” peaked, are again declining. This “second wave” followed New England’s March-April deadly cycle. While today’s case rates are higher than April’s, hospitalizations have not exceeded the hospitalization levels in the first wave. This implies improved medical treatment and mitigation. Critically important are the lower and declining death rates while total cases are at all-time highs. This demonstrates COVID-19 case lethality has significantly declined. 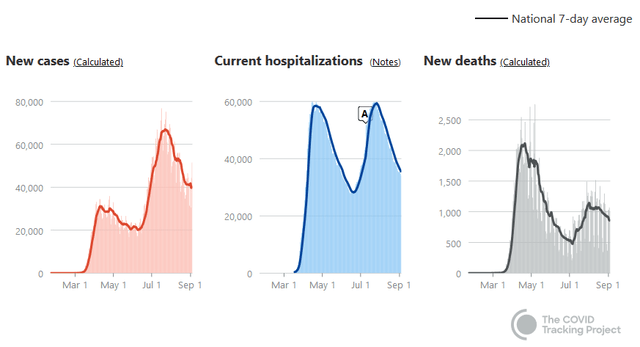 This pandemic will end when a vaccine is developed and distributed. The chart below shows five major vaccine candidates that could become available in the next 6 months. Given the lock down and its massive economic restrictions to combat COVID-19, the approval of the first vaccine will lead to a major acceleration in economic activity. 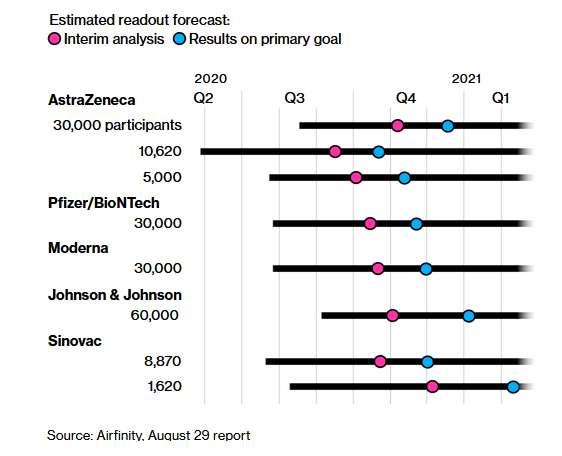 ‘Wave of the future’? New method better breaks down…

High fuel prices could kill more Europeans than the war in…

Who Sabotaged the Nordstream Piplines?