Investing in Gold vs. Silver: 3 Key Differences to Know


When the economy is tanking and inflation is high, investors often rush to gold. Silver is also viewed as a safe-haven investment, though it gets a lot less hype.

Both precious metals have been sought after throughout history, so they’re appealing when stocks and currencies are losing value.

In August, pandemic worries coupled with a weakening U.S. dollar sent gold prices skyrocketing to over $2,000 an ounce for the first time in history. Silver has also rallied. For the first time since 2013, silver prices soared to $28 an ounce in August, a 140% increase from its 2020 low.

Even in good times, many investors keep a small percentage of their assets invested in gold or silver as a portfolio diversification strategy.

While gold and silver have similar boom-and-bust cycles, there are a few key differences to consider when you’re deciding whether investing in gold vs. investing in silver is a better move. 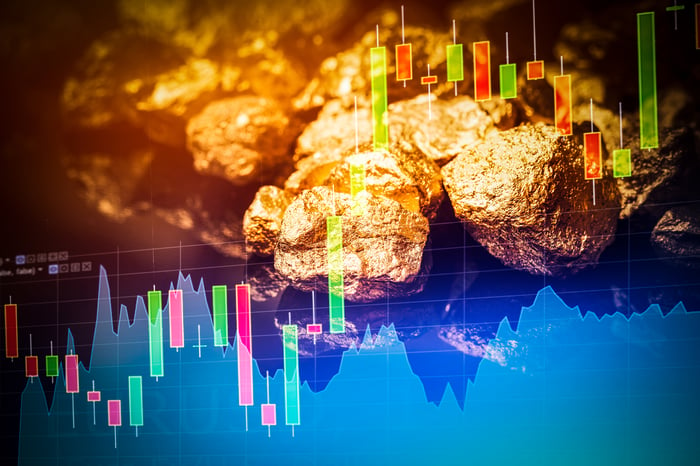 1. Gold is more expensive due to its smaller supply.

Gold can be prohibitively expensive if you want to buy physical metal. Let’s look to the gold-silver ratio, which tells you how many ounces of silver you’d need in order to purchase a single ounce of gold.

The gold-silver ratio was around 72-to-1 at market close Sept. 9. That means ounce for ounce, gold was 70 times more valuable than silver.

Back in March the gold-silver ratio was actually much higher, breaking 120-to-1 for the first time in history, though the 21st century average is about 60-to-1.

Translation: Even when silver is expensive, there’s a reason it’s known as “the poor man’s gold.”

Gold is more expensive because it’s by far the rarer metal. Worldwide, just 3,300 tons of gold were mined in 2019, compared to 27,000 tons of silver, according to the U.S. Geological Survey.

Gold and silver prices tend to move in the same direction, but gold is a better recession hedge.

More than half of the demand for silver is driven by its countless industrial uses. It’s widely used in electronics, automobiles, solar panels, medicine and manufacturing, to name a few.

Because it’s so vital to industrial activity, demand for silver tends to rise and fall with the overall economy. When production picks up, silver prices are likely to increase. If it slows, silver often tumbles.

Not only do investors drive up gold prices in a bear market, but the yellow metal is relatively insulated from slowdown in economic activity because industrial uses are so limited. In the long term, though, S&P 500 returns have historically crushed returns on gold.

3. Silver is more volatile than gold.

While silver is mined at eight times the rate of gold, remember: Gold is currently over 70 times more valuable than silver on an ounce-for-ounce basis, so the overall silver market is worth just a fraction of the gold market.

Because of silver’s volatility, it may be more appealing than gold if you’re seeking to speculate on short-term fluctuations. But as a long-term hedge, gold is clearly more attractive.

While many investors seek out gold and silver in physical form, like bullion or coin, a better option is often to invest in mining stocks. You’ll avoid the headaches that come with storing and selling physical gold and silver, plus you may earn dividends. For those seeking greater diversification, a gold ETF or silver ETF will be a better option.

Just remember that both gold and silver can be risky assets. As a rule of thumb, they shouldn’t account for more than 10% of your overall portfolio.

Investing in precious metals can be an effective hedge against a downturn. But when it comes to long-term performance, the S&P 500 glitters far more than gold and silver.

Should investors hold some in a bear market? Experts weigh in

The gold standard: N.J.’s 2022 Top Doctors provide care you can…

What to expect from the September FOMC Meeting, and how might…

Polymetal’s First Gold from Kutyn Mine Delivered Ahead of…

All the King’s gardens – News Azi

Army Corps of Engineers denies IPOP permit to mine