Two types of DeFi players emerged in China during the past few weeks: the OGs who are busy claiming airdropped UNI tokens, the governance token of Uniswap; and the newbies who are scratching their heads trying to get in the game but can’t because of high gas fees, or lack of know-how.

For the newbies, centralized exchanges (CEX) are natural saviors. Indeed, the three major exchanges that serve Chinese investors (Binance, Huobi and OKEx) have listed DeFi tokens and launched their own DeFi farming schemes. Binance even launched a $100 million fund to lure DeFipreneurs to build on its Binance Smart Chain (BSC).

This week’s da bing looks into what these centralized exchanges, especially Binance, have been cooking in its DeFi banquet. Who have they fed—and are their customers happy with the menu?

Just like the YAM, SUSHI, PICKLE, SAKE, KIMCHI, and CARROTS of the world, Binance’s DeFi plays have also followed the same storyline: food tokens plus anonymous teams. The only difference is that rather than deploying the project on Ethereum, all projects are deployed on Binance’s Smart Chain.

One would think that with CEO Changpeng Zhao’s influence, Binance’s DeFi projects would at least outperform that of TronFi.

But the reality is different.

Among the three major tokens launched, BakerySwap, an Automated Market Making (AMM) DEX built on the Binance Smart Chain, was the first to cause a commotion.  “It has caused quite a stir,” CZ  tweeted, at the outset. 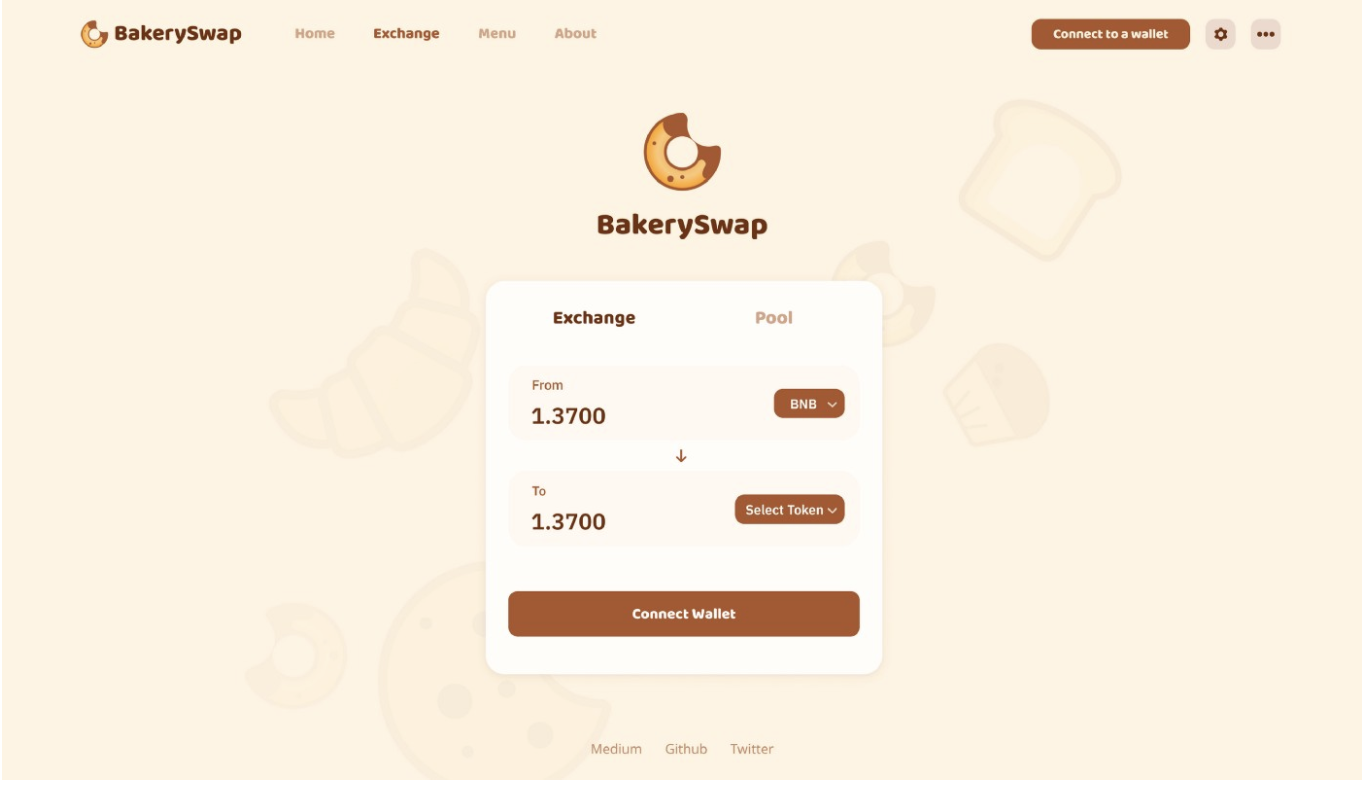 Yet the situation deteriorated faster than a hot baguette gets cold. When BakerySwap first went online, its APY soared to 1457349.58%, but a mere hour later, it sank to 400%—a 99% drop. Many users lost 90% of their investment.

And guess what? CZ deleted his initial tweet. BakerySwap’s token BAKER remains untrackable on CoinMarketCap, Binance’s latest acquisition, which happens to rank Binance as the No.1 exchange…

Compared to Binance’s copycat strategy, Huobi focused on building its H-token series (HBTC, HDOT, HBCH and HLTC), an array of assets issued on Ethereum. In other words, Huobi did not try to produce its own DeFi projects but instead made it easier for consumers to connect to Ethereum-based DeFi protocols. Serving as “a bridge between the centralized and decentralized world,” is how Sharlyn Wu, Huobi’s CIO and head of its DeFi Labs, described it.

OKEx’s DeFi strategy centered more on trading. For example, when Uniswap launched its UNI governance token, OKEx went above and beyond by offering trading options such as margin trading, swaps, and perpetual swaps.

It’s not fair to pin the token crashes all on Binance. As new DeFi memes continue to pop up every day, investors have the attention span of gnats. Even the once glorious SushiSwap has gone low after its recent succession scandal.

But still, Binance did a lousy job. Binance had to create a new blockchain to host its DeFi projects since its original blockchain, Binance Chain, is built on Tendermint. Tendermint is incompatible with most DeFi projects that are built on Ethereum. As a result, Binance forked Ethereum and built its own Binance Smart Chain to support decentralized applications (dapps) and integrated with oracle services such as the Band Protocol.

But the problem is that compared to Ethereum’s decentralized nature, BSC looks more like a wolf dressed in grandma’s clothes. It uses a delegated proof-of-stake, or DPoS, system with 21 node operators elected by Binance Coin (BNB) holders.

And guess who has the most BNB? The issuer itself, of course.

Putting aside the value of decentralization, Binance seems to still be using its pre-DeFi era tricks, such as listing useless tokens to attract liquidity. Meanwhile, the post-DeFi world has moved on to a community-driven model, and only DeFi projects with a dedicated group of core supporters are surviving. To get those supporters, one needs to do some digging, planting, plowing, and watering before harvest season.

For now, the CEX can focus on bringing western tokens such as UNI to the vast Chinese retail investors. They not only list the token but also provide a variety of financial derivatives. It’s the complete financialization of a governance token, which is supposed to have no value.

Top 3 other things that happened in China last week

It’s ironic how Bitmain’s drama could be solved by simply registering the company’s official chairperson on the blockchain so no one can secretly alter it and stage a coup.

The latest development saw Jihan Wu regained control of  the company, as evidenced by China’s official registration record, which showed Wu as the legal representative and

an executive director of Beijing…

Avoid Getting Left Behind With Uniglo.io (GLO), Ethereum Classic…

Circle and Binance expand their stablecoins to new blockchains

India Freezes More Crypto Including Bitcoin and Tether as…

Binance USD (BUSD) has a Neutral Sentiment Score, is Falling, and

Roundup: Do Kwon Insists He Is Not Hiding, LUNC Gains on…

Binance Drives Effort to Return 100,000 ETH to Victims of Fraud

Analysts Expect over 4,000% Increase in Flasko (FLSK) While Tron…