A vessel undertaking work on a gas line on Sunday dropped a heavy object on the pipeline that carries condensate from the Leviathan gas platform to the shore and broke it open.

Over a 10-minute period, some 1,500 barrels of condensate, equivalent to 240 cubic meters (63,000 gallons) of fuel, flowed into the sea from a depth of around 65 meters (215 feet) and polluted a three-kilometer (just under two-mile) stretch of beach.

Fortunately, this did not really happen. It was a scenario invented for a drill to test preparedness for an oil spill connected to the Leviathan natural gas platform, which is located just 9.7 kilometers (six miles) off Israel’s northern Mediterranean coast.

The idea was to test the readiness of Noble Energy and the regional council, in particular, to cope with an oil spill at sea.

Raw natural gas must be processed to separate the dry gas used by power plants from two other main components — condensate and waste water. Used in the oil industry, condensate contains dangerous and carcinogenic products such as benzene and arsenic. It is also highly flammable. 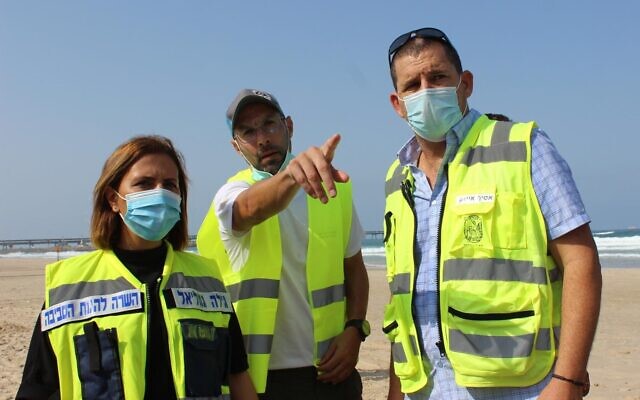 Asif Izak, head of the Carmel Beach Regional Council and chairman of the Sharon-Carmel Environmental Towns Association, said more such exercises were needed to ensure that all the necessary bodies were coordinated and ready for all scenarios.

Arik Rosenblum, director of EcoOcean, said, “One of the lessons to be learned from the coronavirus crisis is how important it is to prepare for emergencies. The development of maritime activity through drilling for oil and gas creates a pollution threat for which the State of Israel must prepare.”

Calling for an increase in manpower, Rosenblum added that in partnership with the Environmental Protection Ministry, his organization was creating a national network of maritime emergency volunteers.

He said that the role of volunteers was internationally recognized as critical in preparation and readiness for maritime oil spills and in helping to ensure an effective real-time response. 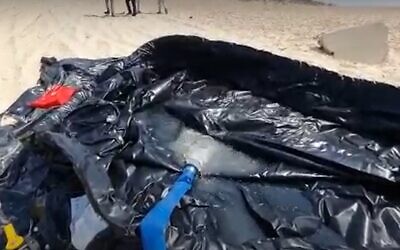 “Condensate will hit our shores without warning, due to the proximity of the rig from the shore,” he continued, “and will evaporate its toxic organic substances directly into the residents’ faces.”

A week ago, a British engineering firm hired by the Energy Ministry to investigate a long list of malfunctions on the Leviathan rig earlier this year found that platform personnel failed to grasp the seriousness of a gas leak on May 2 that, if it had ignited, could have caused “large loss of life.”

The firm, RPS, was hired after more than 30 breakdowns occurred during the first five months of the rig’s commercial operation, which began on January 1. It found that Noble Energy fell short when it came to proper safety assessments and verification as well as incident investigation and reporting. The company said Nobel had to undertake “an extensive body of work” to bring things up to scratch.

There have been no spills, fatal leaks, or explosions connected with the Leviathan rig to date.