After surging to new local highs last week, Binance Coin retraced some of its gains recently. In fact, it looked poised for a drop in the short-term, despite the fact that the demand for the crypto-asset has grown as more DeFi projects commenced operations on Binance’s Smart Chain. EOS continued to trade just beneath its level of resistance and was in a phase of consolidation. Further, Algorand faced selling pressure and could be forced lower down the charts.

Binance Coin was retracing some of its gains following its recent surge to a high of $33.3. The crypto-asset was trading at $26.84, at the time of writing.

It had a level of support at $26.6, but looked likely to break lower. The OBV formed a lower high while the price formed a higher high. This indicated that the recent spike in BNB’s value was not backed by authentic buyer demand.

Further, the next level of support for BNB lay around the $24.2-region.

Staking and demand for BNB has contributed to a surge in the price of BNB. The launch of Binance Smart Chain on 31 August was crucial to the same too. It has allowed the development of projects such as BurgerSwap and other DeFi projects on the BSC. 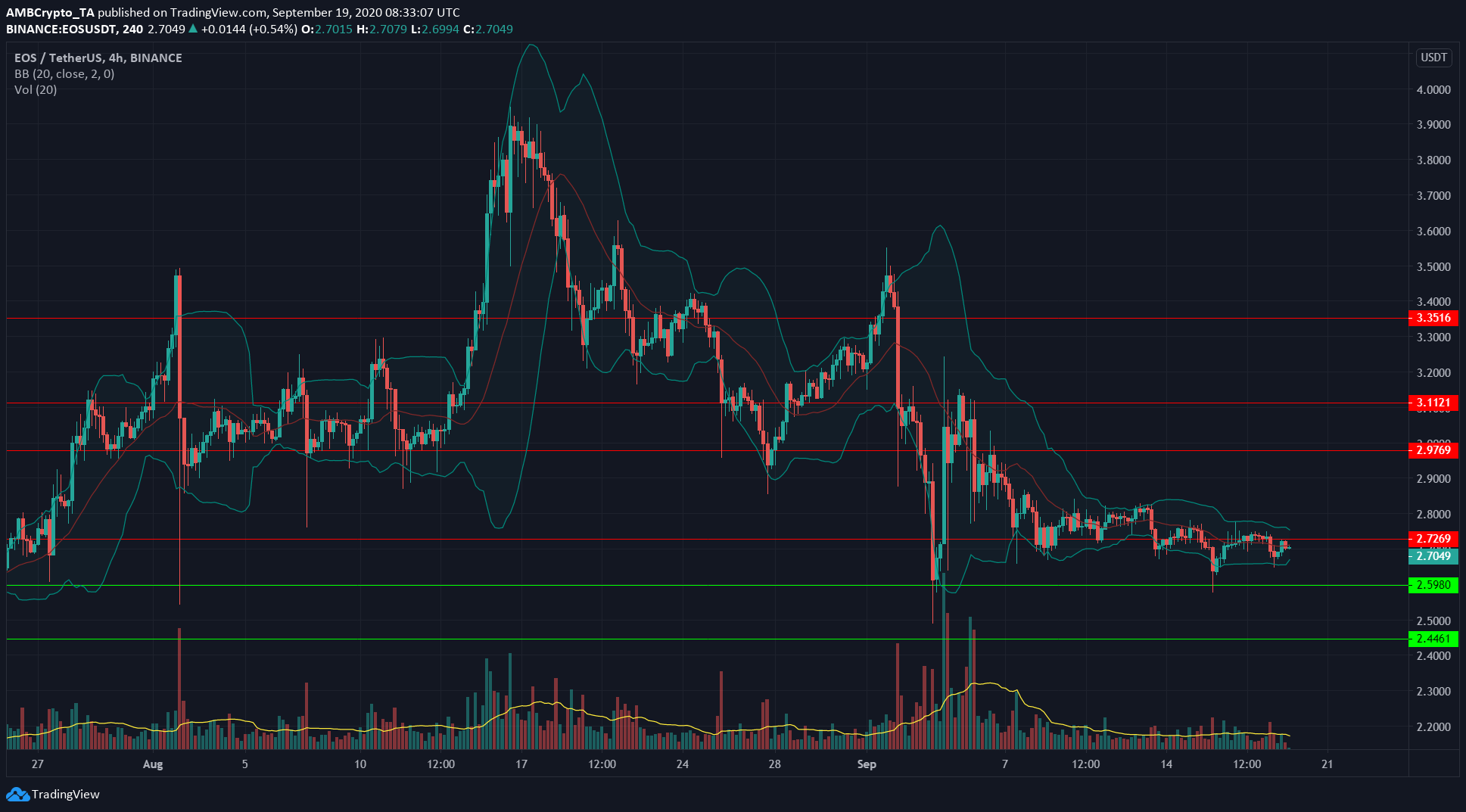 The Bollinger Bands were converging around EOS’s price while the trading volume remained relatively stable. This has been the case for EOS for the past two weeks now, with the price also consolidating near the important level of resistance at $2.7.

The consolidation phase did not show any signs of lifting, at the time of writing.

EOS was ranked 13th on CoinMarketCap, with a market cap of $2.5 billion. 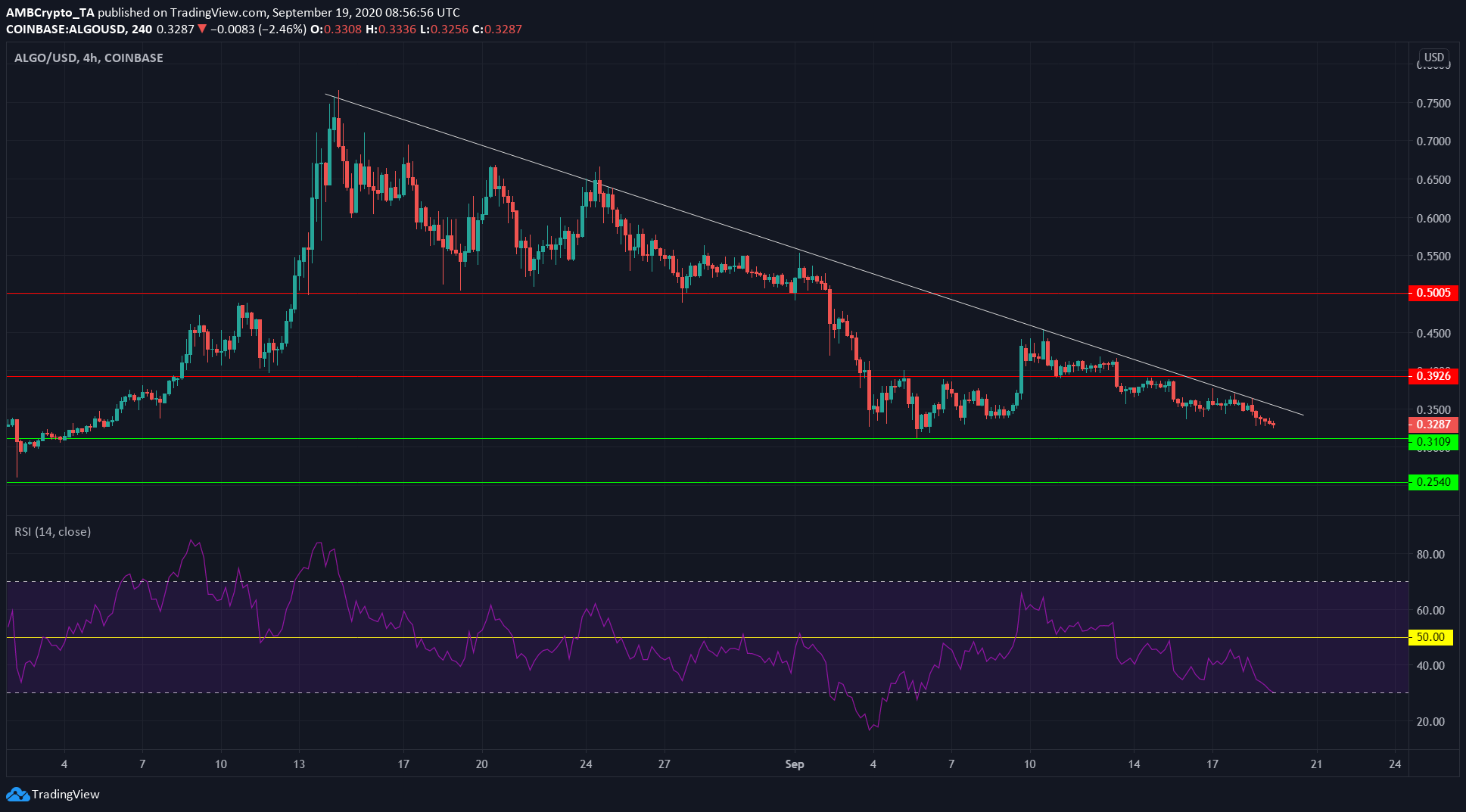 Algorand continued to trade beneath the white down trendline as it approached the level of support at $0.31 on the back of a wave of bearish momentum.

The RSI showed a value of 31, at the time of writing, a figure that is on the verge of oversold conditions. Ergo, it is likely that the RSI will drop further and subsequently, ALGO can register a small bounce. However, the down trendline is unlikely to see the price close above it, based on the evidence at hand.

‘I Feel Sorry for Americans’: A Baffled World Watches the U.S.

BUSD Supply Decline by $2B as USDT Market Dominance Rises

How to join binance – Inven Global