This week, TheSketchMonkey took a short breather from re-imagining cars from the 1970s. Maybe he was too busy staring at his new MINI or took too long examining the latest models, such as the 2021 Mercedes-Benz S-Class.

As we often say, the S-Class is still a kind of flagship of the German auto industry, and a new one doesn’t come along every day. While some haven’t been fans of the new, soft-spoken design language, Mr. Sketch likes it except for the rear end.

In one of his latest YouTube videos, he talks about how Mercedes’ design has evolved. The W221 (two generations ago) had very bold lines and creases, but over a decade later, we have a flagship that’s as round as a pebble washed up on the beach.

Even so, the digital artist thinks the back end needs to stand out. According to him, flagship sedans need to make a very sharp statement where they end. The problem with the 2021 S-Class is in the taillights, which he fixes by making the triangular shape a little bigger and less symmetrical.

Generally, it’s bad manners to say that an automaker has done a bad job. But in this case, the Photoshop updates are so small that some people probably didn’t notice them. Our gripe with this car would be in the general proportions department. It’s gotten quite long, making the ration between the body and the alloy wheels seem off. Why is it that only Rolls-Royce can afford to install colossal wheels?

Thankfully, the new S-Class’ interior does look completely different but is also a smash hit. The first thing that you notice is the flat dashboard and a huge infotainment screen floating above it. Designers have also gotten rid of over 20 buttons and dials. So controlling the car is more like playing on an iPhone app instead of using a piano. But what do you guys think of this special new German car? 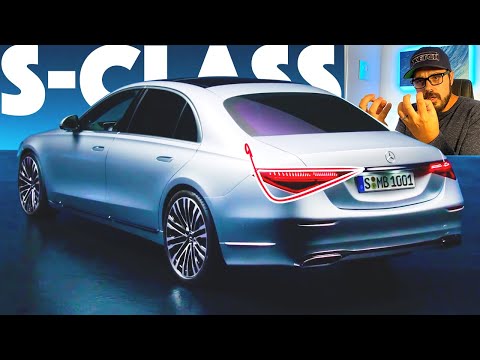 This Is Why Oil Prices Are Starting to Fall Again