Opinion | Trump’s a racist — vote him out 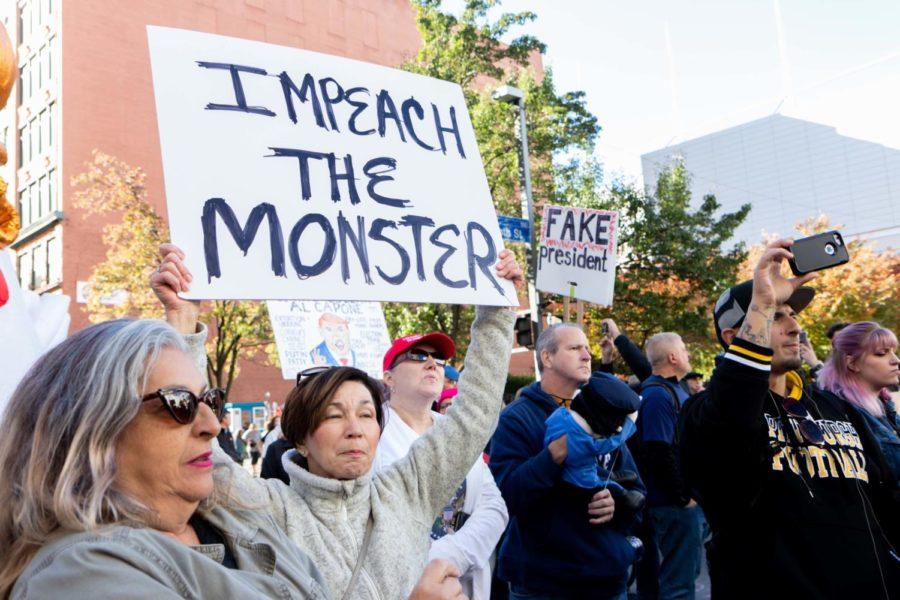 Had Trump actually wanted to condemn white supremacy and the Proud Boys, it would have been very easy for him to simply reply “yes” to Wallace’s question. If Trump had misspoken, like some defenders of him have claimed, it would have been easy for him to correct himself, especially after seeing how the Proud Boys interpreted his comments. Considering he’s a man who’s constantly on Twitter, it would have taken no effort at all for Trump to tweet out “I condemn white supremacy in all forms” after the debate. But he did not do so.

Instead, when Trump was asked about his remarks by reporters the day after the debate, he claimed he didn’t know who the Proud Boys were, though he gave no indication of that at the debate. Kayleigh McEnany, Trump’s press secretary, also claimed he has always denounced any form of white supremacy, which is simply untrue. Denouncing white supremacist leaders and groups has never been something Trump has done easily, if he does it at all. He has a long-standing record, both as president and before, of perpetuating racist rhetoric, ideology and policies.

Trump is a virulent racist who has gotten a pass for far too long. He never should have been elected in the first place, and he should not be reelected in November. If someone cannot strongly denounce racism and white supremacy in all forms without hesitation, they should not be president.

At this point, you cannot be an anti-racist and a Trump voter. Personally, I don’t really believe that 2016 Trump voters were anti-racists either, but I do firmly believe that people can evolve. I hope that 2016 Trump voters now recognize that Trump’s rhetoric was not an “out there” campaign strategy. This is who he is, and he has shown us that time and time again. The damage of his words and actions to people of color cannot be ignored because you like his economic policies. Trump is a racist, and if you vote for him, then you are saying that you’re okay with his racism, either because you feel the same way or because you are privileged enough to not feel the consequences of his behavior or care about how it impacts others.

David Duke, the former leader of the Ku Klux Klan, told his followers that voting for anyone but Trump in the 2016 Republican primary would be “treason to [their] heritage.” When Trump was asked about those remarks, he at first declined to condemn Duke and the KKK. Trump claimed he knew nothing about Duke, and declined to disavow Duke’s support of him until he had “research” on the groups in question. No one — especially not a presidential candidate, which is what Trump was at that time — should have to do research before condemning anyone in association with the KKK.

As disgusting as Trump’s initial delays in condemning white supremacy were in 2016 and last week, they are hardly surprising. Trump’s shown time and time again who he is and what he believes in.

When white supremacists marched on Charlottesville, Virginia, in 2017 and killed counterprotester Heather Heyer, Trump said there was blame on “both sides.” Trump said immigrants from African countries were coming from “shithole countries.” He told four congresswomen of color to “go back” to where they came from, despite the fact that all four are American citizens. He called the Black Lives Matter movement “discriminatory.” He instituted a travel ban for predominantly Muslim countries. When Trump announced his presidential bid, he called Mexian immigrants “criminals” and “rapists.”

Trump was one of the biggest…

Read More: Opinion | Trump’s a racist — vote him out

Opinion | How we removed a racial slur from names of federal…