Where Will Renewable Energy Be in 5 Years?


The renewable energy industry has evolved over the years. It wasn’t all that long ago that it was so expensive to install new capacity that it required a massive amount of government subsidies to make it worth the investment. However, those costs have come down so dramatically in recent years that most renewable energy projects don’t need incentives to survive.

That trend will probably become even more pronounced over the next five years. Here’s a look at where the sector appears to be headed by 2025. 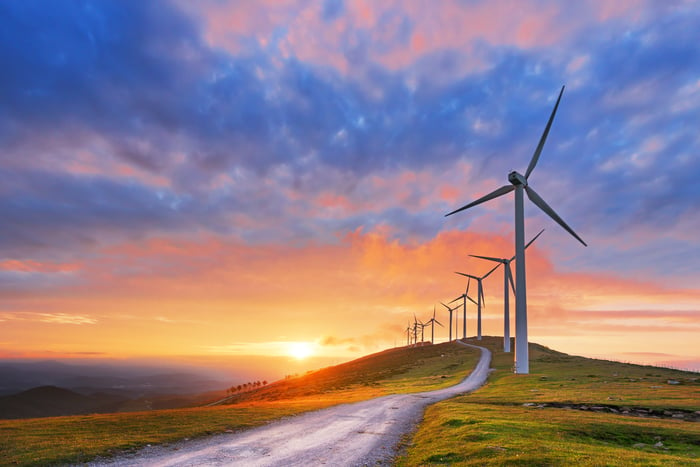 A quick look back

Before we gaze into what the future holds for renewables, it’s important to take a brief look back at how far the industry has come in recent years. About five years ago, it cost $4 per watt to install new solar energy capacity, requiring government subsidies to compete against fossil fuels. However, thanks to advances in technology and falling construction costs, “solar can stand on its own without subsidies” these days, according to Sachin Shah, the CEO of renewables giant Brookfield Renewable (NYSE:BEP)(NYSE:BEPC). Furthermore, Shah noted that it’s “now among the lowest cost sources of conventional power globally,” as it currently costs less than $1 per watt to install new solar capacity.

The price of new wind capacity has also fallen dramatically over the years, especially onshore wind projects. It went from being right near the upper end of the cost curve compared to fossil fuels in 2015 to be at the bottom end this year, making it cheaper than new natural gas power plants.

Where renewable energy seems headed by 2025

Renewable energy companies fully expect those costs to continue coming down over the next five years. According to industry forecasts, by 2025, onshore wind will be the cheapest form of electricity even with the phase-outs of production tax credits. Meanwhile, solar will fall from its current level of slightly more expensive than natural gas to the bottom of the cost curve by 2025, making it the second cheapest power source even after the expiration of investment tax credits.

The industry also expects the cost of battery storage to keep declining. Ten years ago, it cost $71 to $81 per megawatt-hour (MWh) for a four-hour battery storage adder. That cost has plunged over the years and is currently between $8 and $14 per MWh. By 2022, it should be down to $4 to $9, according to an industry forecast.

Given that outlook, leading renewable energy producer NextEra Energy (NYSE:NEE) expects that near-firm wind and solar (i.e., with a four-hour battery storage adder) will be cheaper to build than all but the most efficient natural gas power plants within the next five years. In its view, near-firm wind will cost between $20 to $30 per MWh, while near-firm solar will be between $30-$40 per MWh, which puts them at or below the cost of natural gas at $30 to $40 per MWh.

This dramatic improvement in costs compared to fossil fuels should power a significant investment surge in the coming years. After spending $2 trillion over the past five years on new renewable energy capacity, the industry could invest $5 trillion to $10 trillion over the next 10 years. Though with costs coming down, these dollars will stretch much further, enabling companies and governments to build significantly more capacity over prior years, meaning the pace of new wind and solar additions should accelerate. According to one estimate, the industry will go from building an average of 10 gigawatts (GW) apiece of wind and solar per year in the 2019 to 2022 time frame to 12-15 GW per year of wind and 18-20 GW per year of solar between 2023 and 2030.

The future of renewables is getting brighter by the day

The cost of building new renewable energy capacity has fallen dramatically over the last few years, so that it’s now on par if not cheaper than most fossil fuels. The industry expects that downward trend to continue over the next five years for wind, solar, and battery storage, so the industry should be able to produce near-firm power by 2025 at or below the costs of all but the most efficient natural gas power plants. As a result, the industry expects to see accelerating investments in building new capacity, which has it on track to continue gobbling up market share from fossil fuels.


Read More: Where Will Renewable Energy Be in 5 Years?

Elites are flouting coronavirus restrictions — and that could hurt us all

Marathon Oil Looking Good If Oil Is At $40 (NYSE:MRO)