Disclaimer: The opinion expressed here is not investment advice – it is provided for informational purposes only. It does not necessarily reflect the opinion of CryptoComes. Every investment and all trading involves risk, so you should always perform your own research prior to making decisions. We do not recommend investing money you cannot afford to lose.

Bears have totally seized the initiative as all top 10 coins are in the red. The main loser is Bitcoin SV (BSV), whose rate has declined by almost 5% since yesterday. 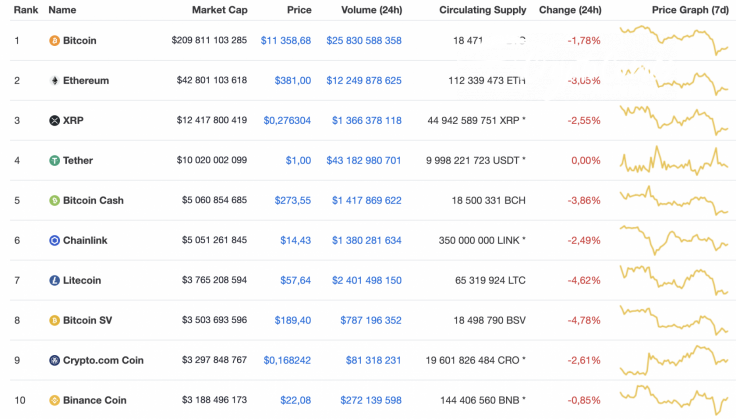 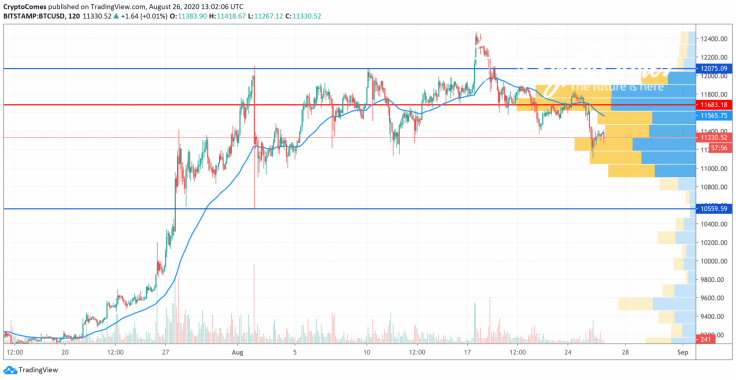 In the evening, buyers tried to regain position with large volumes and restored the pair to the 50% Fibonacci level. In the morning, the volume of purchases decreased significantly, so the price of Bitcoin (BTC) cannot now recover above the 50% Fibo resistance ($11,394).

👉 MUST READ
BTC, ETH and XRP Price Analysis for August 21

If buyers resume the onslaught, then the decline in the price of BTC may continue to the psychological level of $11,000. It is possible that the trend line will be able to stop the fall of the pair today, and the price will briefly consolidate near the lower border of the ascending channel.

Stellar (XLM) is also located in the “short” zone. The rate of the altcoin has decreased by 3.27% while the price change over the previous week has accounted for -6.95%. 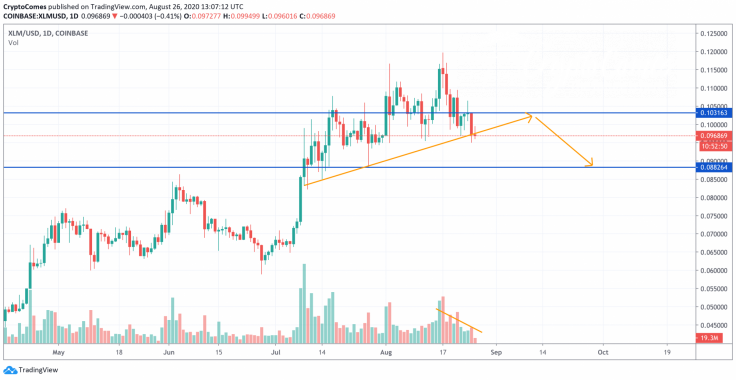 On the daily chart, bears control the situation. However, the selling volume has reached the lowest level, which means that a short-term rise is possible before the drop continues. If such a scenario comes true, traders may expect a false breakout of the resistance zone at $0.1031 followed by a price decrease to $0.08826.

Cardano (ADA) is the biggest loser from today’s list. The rate of the crypto has lost almost 7% of its share over the last 24 hours. 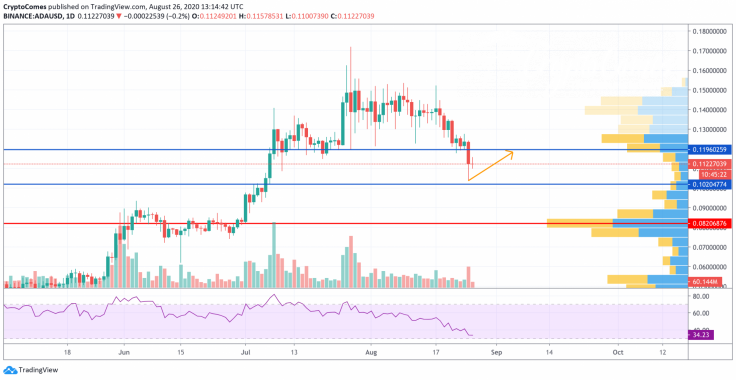 From the technical point of view, Cardano (ADA) made a far retest of the level of $0.1050 reached at the beginning of July. Bears might find it difficult to break above. What’s more, the selling volume is also low. All in all, bulls may bounce off ADA to the nearest resistance at $0.12 followed by a further decline.

Chainlink (LINK) has lost less than others on our list. The price of the coin has declined by 2.49% since yesterday. 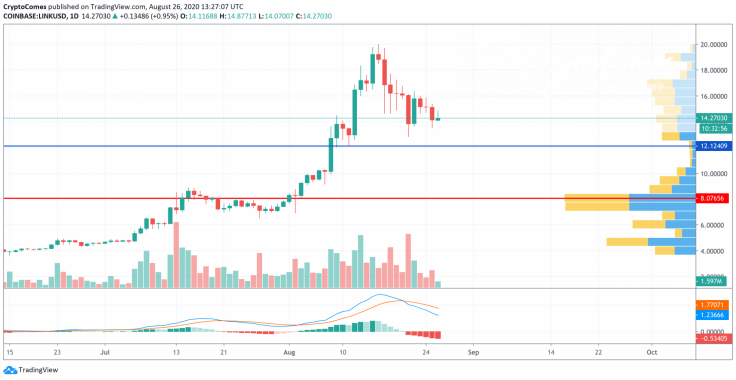 On the daily chart, Chainlink (LINK) has been declining since mid-August, and no signals of a potential reversal have appeared yet. The lines of the MACD indicator are going down, confirming a bearish scenario. The potential short-term reversal is possible when the altcoin reaches the support at $12.12.

TRON (TRX) is trading similarly to Chainlink (LINK), however, the decline is much more profound. The altcoin has dropped by 4.64% over the last day. 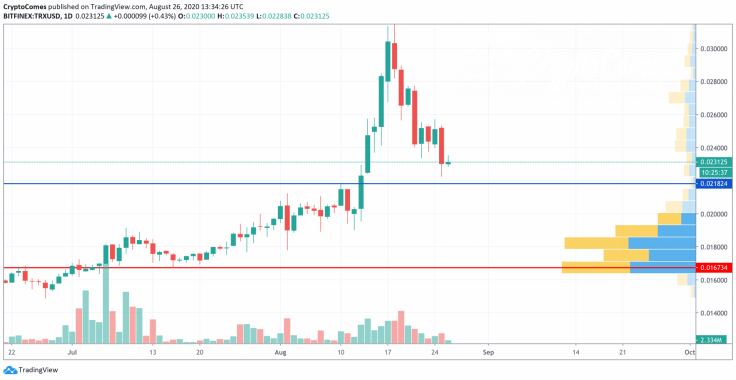 Even though the rate of  TRON (TRX) has significantly declined recently, the coin has not reached a support zone where a potential bounce off may occur. The trading volume is still at its lowest levels, along with liquidity. In this regard, there is a high possibility of a continued decline to $0.02182 by the end of the month.

With more than 5 years of trading, Denys has a deep knowledge of both technical and…

A look at altcoins: Stellar, Litecoin and Dogecoin