$80M worth of expired Ethereum Options contracts – Here’s what happened


The expiry of contracts worth $80M on 28 August 2020 was accompanied by a 3.29% change in Ethereum’s price on spot exchanges. Usually, major expiry events such as this affect the price of Ethereum since they bring about change in liquidity, Open Interest, and Put/Call ratios.

However, off-late, the relationship between the expiry of contracts and spot prices has changed, despite the fact that the relationship still persists, which is perhaps why Ethereum’s derivatives market has risen as much as it has. A 24-hour price change of +3.29 % is perhaps the best evidence of the same.

Further, it can be argued that it is counterintuitive to the idea that the expiry of contracts signals a bearish sentiment. At the same time, this may not hold true in the long term. Further expiries for Ethereum contracts are scheduled for 25 September 2020, 25 December 2020, and 26 March 2021. Ether’s spot prices may react very differently to these expiration events.

Historically, Options volume drops have followed expiry events. This was the way it played out on 28 August 2020 as well. 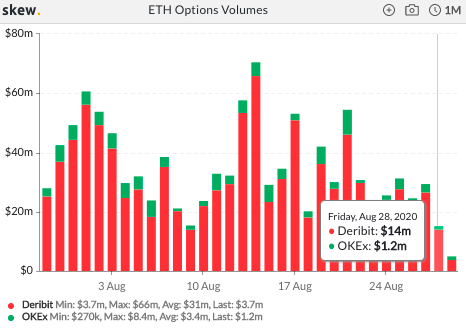 The Options volume dropped by over 48% on the date of expiry – 28 August 2020, with the figures dropping even further today. The percentage drop of 48% is significant here since on previous dates of expiry, on 20 & 21 August, the volume had dropped by only 22% and 35%, respectively. At the time, however, the drop in volume did not negatively impact the price as there was enough liquidity on spot exchanges. Additionally, buyers kept demand steady and the price remained resilient.

Having said that, a drop in volume also signals a drop in volatility and that may limit the 24-hour change in Ethereum’s prices until volume recovers by 20-25%.

Unlike Options volume, Option flows do not influence prices on spot exchanges directly. However, there is a direct impact on derivatives exchanges. At the time of writing, put sells were limited to 38%. And while the bearish sentiment continued to persist, it was safe to assume that it was reined in. If Put Sells cross 45%, however, a short drop in the price towards the end of the weekend may be what’s coming. 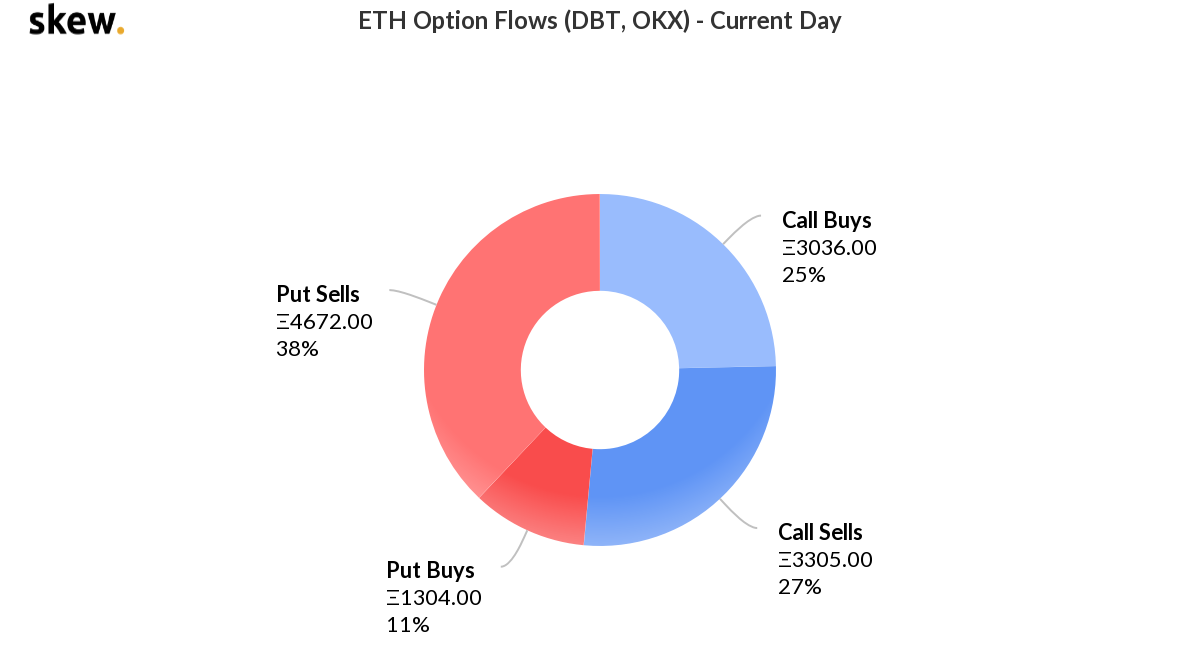 Further, call buys were at 25% and a further increase in the same would be welcome since that indicated that a higher number of traders are willing to buy at a predetermined price. This would fuel the bullish sentiment among derivatives traders on Deribit and OKEx.

Ethereum doesn’t want to be Bitcoin, and that’s okay

One Metric Is Flashing a Bullish Signal for Bitcoin and Ethereum,…

What Are Native Tokens?

Ethereum vs Polygon? The Right Choice is Metacade